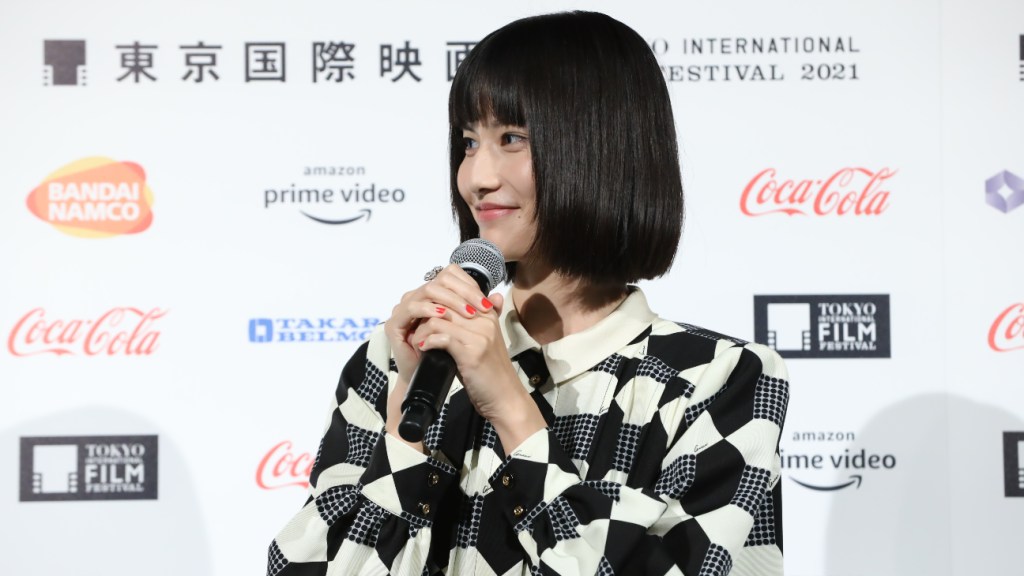 From her debut in Tetsuya Nakashima’s acclaimed feature film Confession (2010) as a schoolgirl, 25-year-old Ai Hashimoto built an impressive filmography, not to mention her TV work, modeling and singing career (she signed to Sony Music).

The native of Kumamoto on the island of Kyushu in southern Japan showed her versatility by appearing in everything from horror to Sadako (2019) at the musical Wonderful end of the world (2015), until the historical drama of a year Reach beyond the blue sky, currently airing on the public broadcaster NHK.

Although there have been ambassadors over the years at the Tokyo Festival of the model-singer-actress mold who seemed to have only a passing interest in the art of filmmaking, Hashimoto is clearly cut from a different fabric. . Thoughtful and articulate, her love for cinema is clearly genuine.

Hollywood journalist sat down with Hashimoto for a quick chat just before stepping onto the red carpet to ask about the film’s significance during the pandemic, gender equality in the Japanese industry, and where the films really should be watched.

What does it mean for you to be the Tokyo Festival Ambassador this year and what does cinema mean to you personally?

Over the years, I have been fortunate that a lot of the films I have acted in have been screened at the festival, and I have been here several times to watch films as a member of the audience, this is therefore an event to which I feel close. So, to finally have the chance to be the festival’s ambassador, was to fulfill a great wish. Movies helped me through difficult times, and there were times when I experienced loneliness and went to the movies every day on my own. Movies have really taught me a lot of important things about life.

How important is it to the film industry for Tokyo to host a festival during times like these?

It’s not just movies, the entire entertainment industry has been suffering for almost two years. Little by little, you feel like you can see the light at the end of the tunnel now, so being able to organize a festival, an event like this, really makes sense to everyone who participates in it. It’s like a source of hope. And looking at the lineup, there are plenty of interesting Japanese films and foreign productions from directors that I don’t know. So it’s a beautiful thing that everyone, even people who are not necessarily cinephiles, can have access to these films.

And how has the pandemic impacted your work and you as a movie buff?

Although some productions were delayed, people continued to make films. None of the films I’ve been in have been canceled, which I think reflects the passion people in the industry have for cinema. However, the number of overseas films screened decreased and I was not able to go to theaters much. But with the delay in the release of Japanese and foreign films, it made me realize how important this event is. Something we took for granted – the opening of a movie – now seemed miraculous. It made me think more deeply about what movies mean to us.

Tokyo recently became the first film festival in Asia to sign the Collectif 50/50 pledge. What do you think of this and how the movement towards gender equality is progressing in the Japanese entertainment industry and how much has it changed in the decade since you started?

It was a situation where the basic rights that people should have had, they did not have, including with regard to gender. So the situation is that eventually what should have been the natural state of affairs becomes reality. In a sense, we are just approaching the starting line, but it is important that more people are now aware of these issues and it is starting to happen. Of course, this is very complex and concerns all areas of society and life, not just the entertainment industry.

There are a number of influential and talented creators such as Shinji Aoyama and Hirokazu Kore-eda who are very aware of this and reflect this in their making and what they say. It’s truly heartwarming that it’s not just the women fighting for it, but the men supporting it as well.

I have felt changes in the industry. As an actor we tend to be treated well, but when I look at the team and the other staff … there have always been more men, and the proportion of movies that I have acted in and who have had female directors is extremely low. I think people are more aware of this and the environment is improving, but there is still a lot of work to be done.

How do you see the rise of streaming services impacting the Japanese film industry and would you consider an offer from one of the platforms?

Actually, I’m currently working on a production for one of them but it’s not announced yet so I can’t talk about it. I have the impression that this is the passage to a new era in which we are. I see the benefits of being able to see a lot of different movies and being easy on the wallet. This makes the movies more accessible; you can watch them on your phone on the train. When I started my career, the movies I was in could only be seen in theaters, and I feel like they were made to be watched that way. If you see them on a phone or even on a TV screen at home, some elements of a movie may not be 100% experienced. Watching a movie in a theater is an experience that can impact your life – it’s not just about absorbing data.