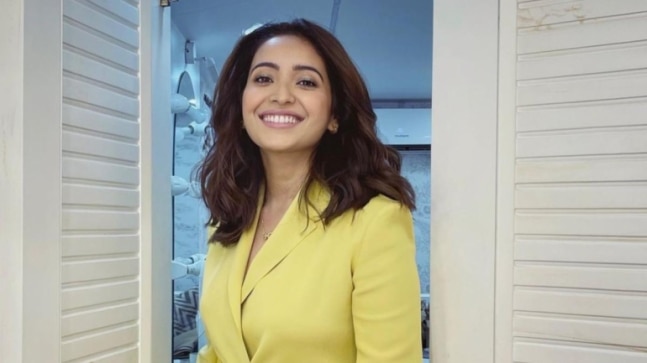 In an exclusive interview with IndiaToday, actress Asha Negi called herself a “TV baby”. The actress was last seen in Abhay 3 with Kunal Kemmu.

Actress Asha Negi shot to fame in the television space with her hit show, Pavitra Rishta. After the success of this show, Asha made several television series on the small screen. With her strong screen presence and acting prowess, Asha has established herself on television. However, the actress hasn’t done any TV shows in the recent past as she was busy exploring OTT shows. Despite this, Asha Negi dubs herself “the baby of television”.

“I WILL ALWAYS BE A TV BABY”

In an exclusive chat with IndiaToday.in, Asha Negi mentioned that she is grateful for all that television has given her. “I’m very grateful for what TV has given me. Today, people know me because of TV and everything I’ve done on TV. I’ll always be a TV baby. But ab itna patience nahi raha (I don’t have enough patience now) to do a show for a year or two and the same character because it gets a bit monotonous and boring. It takes a long-term commitment. Sometimes you don’t even get a single in a month,” Asha said.

“I REALLY ENJOY THE OTT SPACE”

As she continued chatting with us, Asha Negi further revealed why she loves doing webcasts on OTT platforms. “Honestly, why I do OTT is because you do a show and you’re done in a month or two. And then you move on and pick another character to play. So that’s the reason for which I have fun doing OTT and I’m very comfortable here. There’s a creative satisfaction because there’s a lot of creative freedom. But I’ll always be grateful to TV for what it gives me. brought and done. But, right now, I’m really enjoying the OTT space,” she added.

On the work side, Asha Negi was last seen at Abhay 3 with Kunal Kemmu. The webcast was released on April 8 on ZEE5.