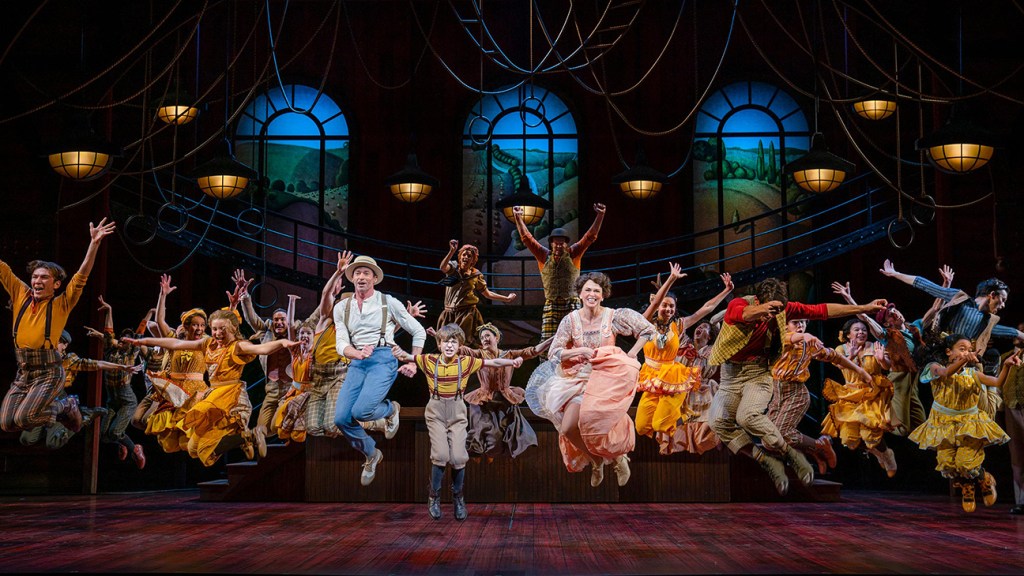 Masks will be optional for spectators attending Broadway shows in July.

The Broadway League announced the “mask optional” policy on Tuesday, while still encouraging members of the public to wear masks. This cancels the current mask mandate, which is in place until June 30.

“Millions of people have enjoyed the unique magic of Broadway watching the 75e Tony Award Ceremony recently. Millions more have seen Broadway live in theaters in New York and across the United States since we reopened last fall. We are thrilled to welcome even more of our passionate fans to Broadway in the exciting 22-23 season that has just begun,” said Charlotte St. Martin, President of the Broadway League.

Masking protocols for August and beyond will be evaluated on a monthly basis.

Broadway was one of the last remaining industries with a mask mandate and was one of the first to institute it. Members of the public have been required to wear masks on Broadway since July 2021.

The mandate has remained in place as Broadway weathered waves of COVID-19, with several performances canceled in the fall, winter and even recently due to multiple cast members testing positive for the virus. There were no public reports of audience members contracting COVID-19 in theater, but the masks served as a protective layer for unmasked but frequently tested audience members and actors.

Yet it’s a policy that many industry insiders say could have driven audiences away from the theater, at a time when the industry is looking to rebuild itself.

Vaccination proof mandate for audience members, also set in July 2021, has been up at most Broadway cinemas from May 1.

The mask decision comes about a week after the Tony Awards, where nominees and other public members sitting in the orchestra section, i.e. the most televised section, were not required to wear masks. Those members of the public had to submit a negative PCR test, while those seated in the upper sections still had to wear masks. A day after the Tony Awards, nominee Hugh Jackman, who also performed at the ceremony, announced he had tested positive for COVID-19.

New York City is emerging from its latest wave of COVID-19. New York lists its current alert level as high, which includes the recommendation that all New Yorkers wear a mask in all public and indoor settings, while the CDC lists the area at a medium alert level. The medium level has a mask recommendation for indoor public places where vaccination status is unknown.

Since taking office in January, Mayor Eric Adams has removed many mask mandates from the city, including in public schools. On June 13, Adams also made masks optional. for children aged two to four in school or other organized settings.