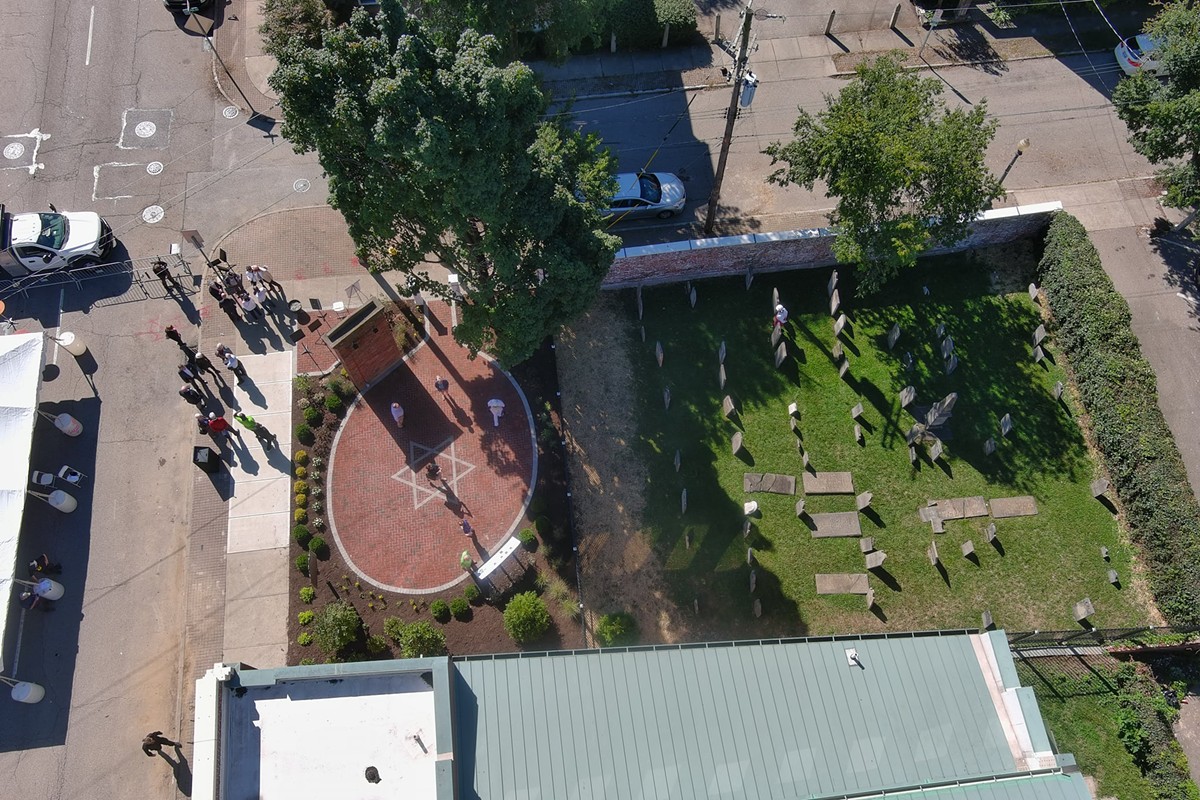 Filming begins soon in Cincinnati for a show that will feature local Jewish cemeteries.

American Public Television (APT) will come to the Queen City next week to film an episode of the series “The World’s Greatest Cemeteries,” according to a statement from the Jewish Cemeteries of Greater Cincinnati (JCGC).

“World’s Greatest Cemeteries,” currently filming its second season set to air this fall, follows host Roberto Mighty as he teaches audiences about the history and beauty of cemeteries around the world.

Chestnut Street Cemetery, which the JCGC says is “the oldest Jewish cemetery west of the Allegheny Mountains,” will be featured along with several other Jewish cemeteries in Cincinnati.

This series is recorded during the Cincinnati Jewish Bicentennial. Chestnut Street Cemetery was founded in 1821 and its founding would have marked the creation of the Jewish community of Cincinnati, as the JCGC says “cemeteries traditionally come first in a Jewish community”.

APT will arrive in Queen City on June 30 and registration will continue until July 1. As well as Chestnut Street Cemetery in the West End, teams plan to cover Walnut Hills Cemetery in Evanston, Golf Manor Cemetery in Covedale and the Spanish Hebrew Society Cemetery. at Price Hill.

JCGC is a non-profit organization that cares for 25 local cemeteries comprising 35,000 graves. In their statement, JCGC shared some of the people they say APT plans to cover in the program, including:

Rabbi Dov Behr Manischewitz, founder of the Manischewitz Company in Cincinnati in 1888. The company is now based in New Jersey and distributes products worldwide.

David Urbansky, winner of the Congressional Medal of Honor for gallantry in the Civil War.

Rabbi Dr. Nelson Glueck and Dr. Helen Glueck, husband and wife. He was a pioneering biblical archaeologist and president of Hebrew Union College.

Jewish Institute of Religion. She was a physician at the UC College of Medicine and conducted groundbreaking research on bleeding disorders in newborns.

Send CityBeat a news or story tip or submit a calendar event.

Movie review: Filmed version of ‘Trevor: The Musical’ shows how important this story still is decades after the Oscar-winning short