Welcome to our newly revamped tube boom! Here, we’ll catch you up on the week in TV comics, both through micro reviews, as well as links to our full TV reviews. We also tend to review shows that drop all at once each week, so there are a few “older” shows mixed in for good measure. Are we missing your favorite show? Let us know in the comments!

Stay tuned for our full review of the Season 1 finale on Tuesday from The Salvatores.

Wow! I did not expect that.

Last week I said that most likely the Deathstorm saga was going to end in this episode, because of the show’s new “graphic novel” approach… but I didn’t expect that. happened in this episode. A horror, almost a bottle episode.

Deathstorm begins his master plan, he begins torturing every member of the team (except Cecile and Frost), and with their combined grief, he “feeds” Caitlin to make her his queen death bride.

Deathstorm then appears to Frost and tells her that she is not grief-stricken as she has no grief, she is a clone, a carcass of a person, which greatly affects her. When Frost came out of Caitlin I just thought “oh great!, double duty for Danielle Panabaker, more hijinks and a little more drama for the show” but I took it for granted, I didn’t not thought about the philosophical implications of its existence, what is it? is she human? is she a person? And now Frost is asking those same questions.

Thankfully, Chillblaine saves the day by giving a truly wonderful speech to his girlfriend, about how or the feelings, our love doesn’t just happen overnight, but instead it builds over time and you have to keep feeding it; this inspires her to finally let go of her emotions and feel grief, turning her human and turning Frost into Hellfrost, in the final fight she absorbs Deathstorm, powers up and kills the mother.

Unfortunately, well, I don’t want to spoil it if you haven’t watched the episode yet, but let’s just say the next one is called “Funeral for a Friend.” It was one of the best episodes of the season and of the Eric Wallace era, a moving, deep and impactful story that left Team Flash both heavily touched and feeling their grief, which hopefully , will make them grow more, emotionally speaking. 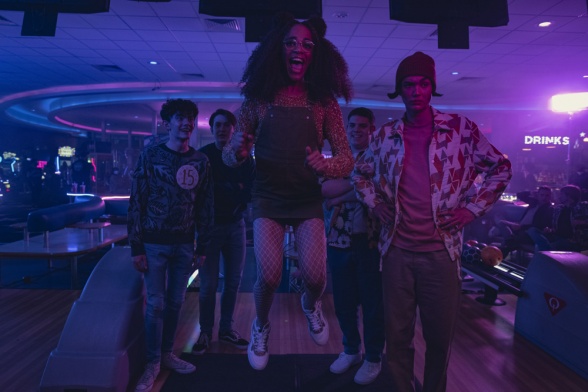 Charlie decides to invite Nick to his 15th birthday outing at the local bowling alley/arcade, not knowing that he has a date with Imogen scheduled for that night. Nick tries to get out of the arrangement, but is unable to say anything after learning that his dog is dead. Tao and Elle say nothing, and Tao’s resentment towards Nick only increases after Harry engages in homophobic bullying.

At the arcade, Tao tells Charlie about Imogen and Nick in the bathroom; Nick listens and hugs Charlie after he emerges; Tao simply warns Nick to hurt Charlie’s feelings one day. Nick clarifies the situation privately, admitting he was afraid of hurting Imogen’s feelings. (He really is an incredibly nice guy.) He gives Charlie his present, which is a framed selfie of them with Nellie in the snow, and the two kiss for the first time in public.

Nick texts Imogen to let her know he can’t come, but he will meet her the next day. At the park, he explains that he doesn’t feel this for her, indirectly explaining that he agreed to her request under peer pressure. She takes it pretty well, all things considered, and the two remain friends. 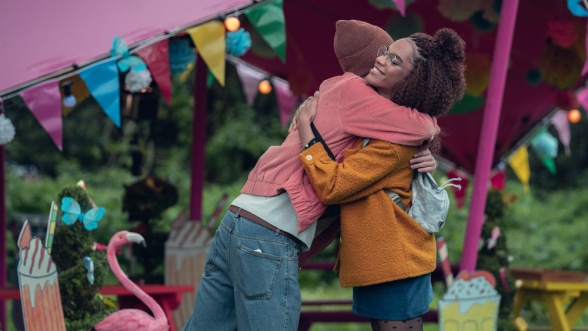 While watching Pirates of the Caribbean With his mother, Nick remembers his childhood crush on Keira Knightley and begins to research if he is bisexual: he watches videos of YouTuber Courtney-Jai and asks Charlie and then Tara when they found out they weren’t. were of the same sex. (He also reveals to Tara and Darcy that he and Nick are an item.)

Meanwhile, Elle confesses to Tara and Darcy that she has feelings for Tao. Darcy comes up with the idea of ​​a triple date to set them up, and Nick and Charlie oblige. While having milkshakes, Charlie pulls Tao away so he can tell Elle that he and Nick are a couple; Tao, he thinks, will need more time to get comfortable with him. Afterwards, the group goes to a performance of the Higgs Orchestra (of which Charlie is a part), where Elle and Tao end up sharing headphones.

Before the concert begins, Tara overhears lesbophobic comments about her and walks into the music storage room to cry. Darcy follows her and comforts her; Tara tearfully confesses that she wasn’t ready to come out publicly, but Darcy reminds her that it will get easier. The others come to get them before the doors open and the concert begins.

Episode Song: “Knock Me Off My Feet” by SOAK. – Christophe Chiu-Tabet

He-Man and the Masters of the Universe – “The Fifth Nemesis” (S2E8, NETFLIX)

Stay tuned for our full review of the season two finale on Tuesday from Henry Finn.

Read our full review of the season finale by James Dowling. 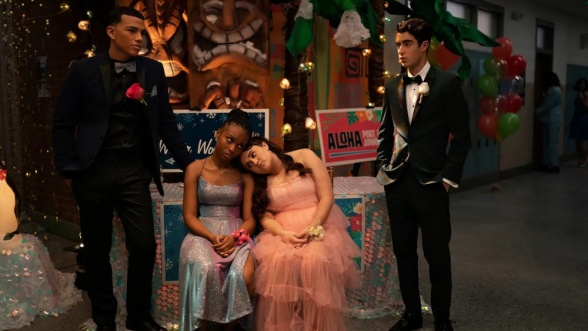 One of the most interesting pieces of Noemie This is how, despite having allies left and right, it is always Naomi, and often only Naomi, who actually does what needs to be done. This episode doubles down on both the idea that she’s “the one” and proving she can do things beyond what everyone else thinks she can. This episode really puts all the cards on the table for the series: all the important characters (apart from Anthony, surprisingly absent, and Lourdes, pissed off) now both know that Naomi is an alien, as well as her parents, and everyone world begins to see how great his destiny is.

The final scene between Nathan and Naomi is really well done, even if the material is somewhat beyond the acting ability of Daniel Puig (who still does a good job, but manages to be a little too cool and laid back), and it digs really into the idea that Naomi’s very existence puts everyone she loves in danger. Now, that’s the classic hero’s dilemma, but it’s rarely been presented to a character as young as Naomi. It feels really unfair to him, which is a testament to the show’s writing.

The show sets up the big Naomi/Brutus climax for next week’s two-part finale and, with the show’s fate still up in the air for next season, it has a very “series finale” feel to it. While I would enjoy future seasons of this show, it also looks like a perfectly reasonable one-season experience, with Kaci Walfall on call for all major CW crossovers for the next few years. Yes Legends of tomorrow had stayed, I would have suggested that Naomi travel the Multiverse with the Legends, but alas, that wasn’t the case. – Brian Salvatore 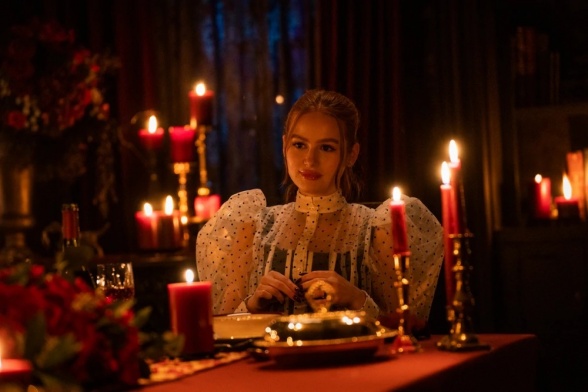 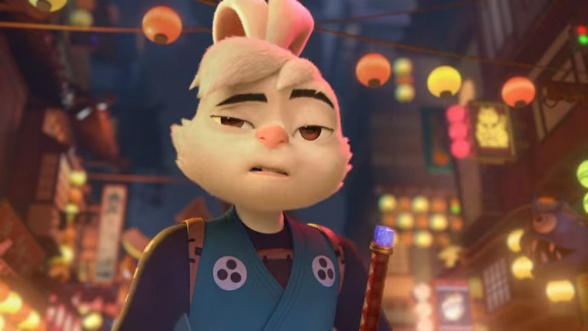 Read our full review of the season premiere by Elias Rosner. 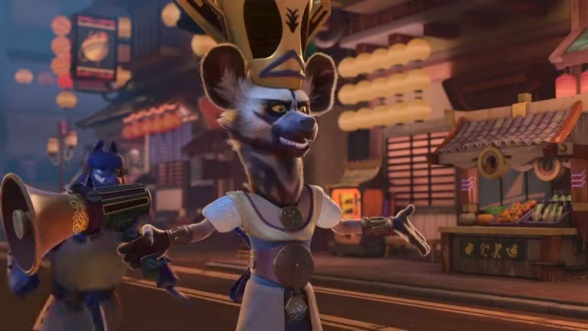 I didn’t talk about it in the first episode but I really like the theme song. I’m a big sucker for shamisen music. There’s just something about the instrument. It’s one of the highlights of the show so far, which is as sad a statement as it sounds, because I can’t even praise the intro or the score as a whole, just the look of it. ‘an instrument.

The other highlight is SungWon Cho (aka ProZD) as Lord Kogane. What a perfect cast. Cho has so far been the only one to really pull off the comedic timing needed to set the tone for the series. Sure, he’s an antagonist, but he’s the perfect type of ineffective antagonist archetype. Although to be fair to the others, aside from Yuichi, they aren’t given much material. In fact, I take that back. Tetsujin got some good material and Keone Young delivers it.

Yeah, unfortunately, other than those two standouts, “Yokai” doesn’t do much to improve my thoughts on the series or Yuichi. We open the episode with a fight between the big bad, Kagehito, and our fearless crew that I swear looked like it was choreographed by the Birdemia people. Before long he escapes, we discover that Tetsujin is now a ghost and not realizing it, Yuichi impulsively grabs a mystical yo-yo, and it turns out that Miyamoto Usagi is a boogeyman and known as a traitor in Neo Edo then Yuichi is stopped by Lord Kogane and his megaphone, a gag that I thought was getting old but isn’t yet.

The rest of the episode consists of the gang independently going to free Yuichi because they are all tsunderes and can’t admit they like it, prison breakout shenanigans and then we close things out with a much more fun yokai fight with Karasu Tengu before, apparently, establishing the real status quo of them under the thumb of Lord Kogane to avoid jail.

Honestly, this blow-by-blow makes it all more interesting than the episode actually was. It’s a good episode but very classic. What kills it is the slow animation and a script to match. Yuichi tries to have the boundless energy of a kid’s show protag but just can’t capture it. His jokes aren’t funny, his personality is insufferable, and he gave so much screen time it may seem difficult to sit down. He gets a few good lines but not enough to make up for everything else.

Luckily, it looks like he’s going to do some much-needed growth and the rest of the crew can hopefully get on with more. I’m especially interested in seeing more of Chizu. They tease his backstory and if the comics are anything to go by, we might have our ninja story sooner rather than later. Otherwise, that’s fine, as long as we get more Spot and the “truth” behind all that Usagi slander. 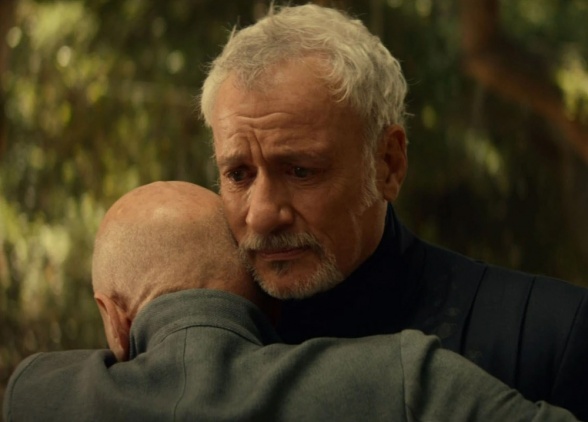 Read our full review of the Season 2 finale by Christopher Chiu-Tabet.

Superman and Lois – “Truth and Consequences” (S2E11, The CW)

Read our full August (in the wake of) dawn review.