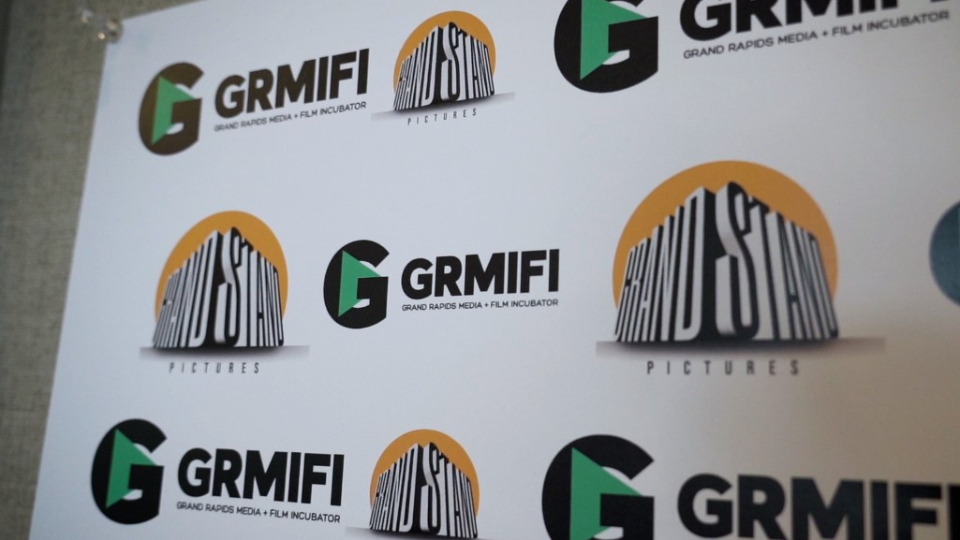 GRAND RAPIDS, Mich. (WOOD) — In an alley on the southeast side of Grand Rapids, Victor Williams recalls practicing his dance moves with a pal. He and this friend split their time between back alley routines and perfecting their raps in a basement or bedroom. He was chasing a dream, as he calls it, “the hard way”.

“As I was trying to get into the music industry as a teenager, I was banging my head against all these walls, trying to figure it out. And I had nowhere to go to learn,” said Williams: “It’s not like that in other cities. You’re in New York, you’re in Los Angeles or Chicago, you have access to places to go where people will teach you.”

Williams learned her way to some of music’s biggest stages. His group opens for stars like Run DMC, Public Enemy, Jazzy Jeff and the Fresh Prince or EPMD.

“My favorite show I’ve ever done, we opened for a DMC run at the Hill Auditorium, November 12, 1987. Right. It’s at the University of Michigan. This poster is in the Rock and Roll Hall of Fame and it has my name on it,” Williams said with a wink.

Those days spent in alleys and basements or sharing the big stage were 30 to 40 years ago. The dream has also changed. His focus and focus shifted to a new nonprofit he and his partners created, Grand Rapids Media Initiative and Film Incubator.

It’s not exactly a passion project for Williams and her business partner Rodney Brown, it’s more of a project of necessity. As the two worked on the set of a 90-minute documentary about the book “A City Within a City,” they discovered a stark diversity gap among community members they could hire to help with the film.

“We embarked on a very specific mission to hire a crew of all colors, as many blacks and browns as possible and a lot of women, and it is difficult. It’s hard to find,” Williams said. “We hear people talk about the lack of diversity in Hollywood and you know, of course, we grew up watching the movies and, you know, Cleopatra was played by a woman from England. So we, we’ve seen these different deviations our whole lives, but we’ve never been involved in the industry, became a movie company and started seeing, it’s like, wow, it’s even okay in behind the scenes.

The new nonprofit is working to change that. The two say some local organizations they asked why there is a lack of diversity in film and the media responded because there is a lack of qualified people. GRMIFI aims to be the pipeline to close this gap in the Grand Rapids community.

“People can’t be what they can’t see,” Brown said. “When you talk about the divide in Grand Rapids, just to be clear, we’re talking about the Forbes article from 2015, which referred to the black community of Grand Rapids as being second to last of all metropolitan areas in the country. It doesn’t fit, it doesn’t fit our community. This is simply not the case. Our community is better than that.

GRMIFI is performed in the annex building of the Wealthy Street Theatre. They offer two classes per week in hopes of attracting new interested talent and qualified teachers to develop all they offer in film and media techniques and increase classes daily.

“Our main goal is to empower the community that has an education in the area, but as well as people who don’t have an education, to provide them with a place to learn and to raise their skill level to the point where they can do very high-level professional work,” Williams said.

Brown and Williams are looking for community support. Teachers, materials or donations. They try to make the dreams of young minds easier to imagine, reach and achieve. And they know this community is rich in diverse talent because history has always proven that, even though some of those stories (as they detail in their documentary) have gone untold.

“I just think we as a community, at large, should embrace these stories, should embrace this talent. And we think with this film and the work that we’re doing with the Grand Rapids Media Initiative and the Film Incubator, we’re going to recognize that talent and that legacy where we come from; grounded with the work we do now, and then allow ourselves to grow from here,” Brown said.

Their new space includes two dance studios, a creative space, space for a set, editing bays and a podcasting room. They will provide low-key instruction in lights, camera, action, and all things media. All they ask is that the community come with a dream.

“When people think of movies, look at the credits of a movie and you see all the jobs at the end. It’s hundreds and hundreds of jobs. We’re trying to fill all of these jobs with black and brown people. We want people in our community to learn how to do all of these jobs. It’s everything from the director to the sweeper at the end of the night,” Williams said. “There are certain requirements that come with every job. them, how to make them properly for a movie set and all that.We want to teach our community.