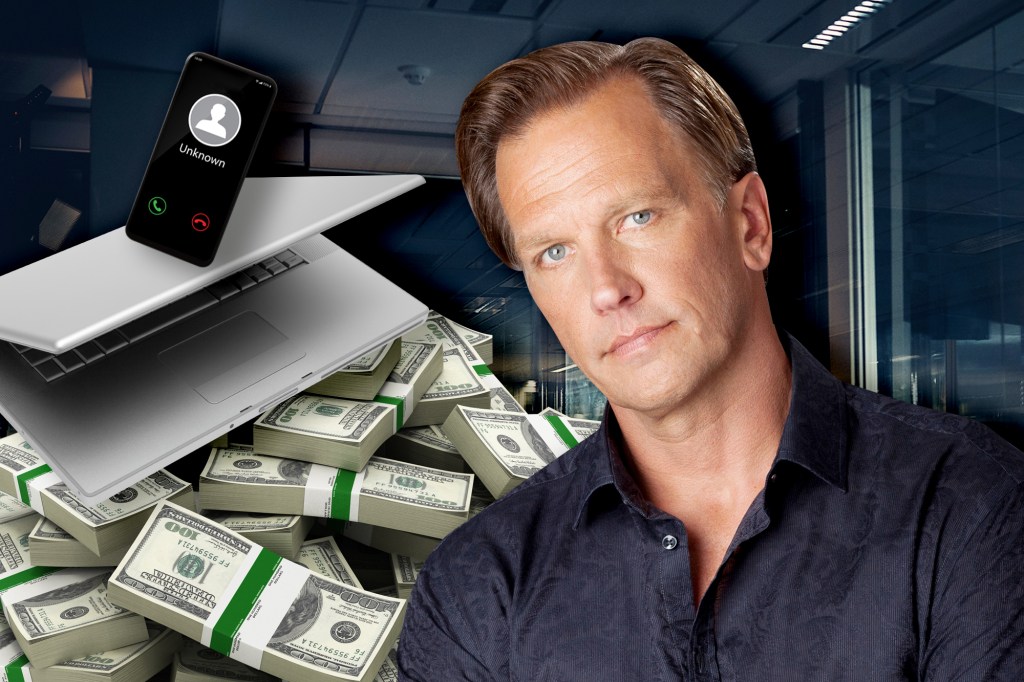 Ex-corporate spy Robert Kerbeck explains how he got corporate information

Robert Kerbeck failed as an actor. But, as a corporate spy, he gave Oscar-worthy performances.

Working with nothing more than a phone and a laptop, he convinced executives, assistants and receptionists at America’s biggest corporations to part ways with secrets worth millions of dollars.

As chronicled in his new book, “Ruse: Lying the American Dream from Hollywood to Wall Street” (Steerforth Press), Kerbeck specializes in obtaining employment information for headhunters looking to poach workers in finance, health and technology. He deployed a process known as rusing – essentially, lying over the phone in order to obtain information under false pretences – and pretended to be everyone from a company auditor to a compliance officer .

“Let’s say the two top traders at a Wall Street firm are CEOs,” Kerbeck, 58, told The Post. “They make a ton of money and would be expensive to hire. But if broker number three is an associate, he’s a rock star who’s unknown and won’t cost you the farm. I specialized in finding this guy for the headhunter.

A self-described “world’s greatest corporate spy,” Kerbeck had no qualms about being extravagant.

“The funniest tricks were the ones in which I put bogus accents,” he said. “I was particularly good at speaking German.” Speaking in the voice of a harassed man from the Fatherland, he said: “I am calling from Frankfurt. Regulators are blowing our necks. I need everyone in the department and their internal rankings,” i.e. their performance.

If a suspicious assistant asked why he needed it, Kerbeck stayed in character and said, “As you say in America, kill all the za birds with one stone.”

At the turn of 21st century, when corporations panicked about the world shutting down in the year 2000, Kerbeck pretended to be a computer scientist who needed to know how much money certain workers were generating. Not wanting to be responsible for crippling their business, the employees leaked the confidential information he requested.

He also made outrageous promises to vulnerable executives. As explained in the book, Kerbeck would sometimes pretend to call from the tax department, looking for people that an outside supplier — say, Price Waterhouse — could take to Knicks and Rangers games. Kerbeck received the names, numbers and floors of the employees they worked on.

The son of a car salesman, Kerbeck moved from his hometown of Huntingdon Valley, Penn. (where he went to high school with CIA agent Valerie Plame), to pursue an acting career. This brought him to New York City in the late 1980s, where he had success in the well-received off-Broadway drama “Bovver Boys.” He was invited to take part in a reading at Joanne Woodward and Paul Newman, appeared in an MTV video directed by David Fincher for a group called the Hooters and, writes Kerbeck, was hit on by Kevin Spacey (Kerbeck pushed him away) .

Like most struggling actors, Kerbeck needed a source of income. A friend introduced him to a woman who hired underemployed actors to do spy work for corporate clients. “Every company uses spies,” he said.

In the early 1990s, he moved to Los Angeles and divided his time between independent trickery and various acting gigs. There was an appearance on “Sisters” with George Clooney in the early 90s. “I felt despair and disappointment in him,” Kerbeck said. “He had booked six pilots who did not leave and everything was going well [Clooney’s new NBC show] ‘ER.’”

Then there was an OJ Simpson exercise video, which Kerbeck participated in as a background workout enthusiast because he got to keep the gym shorts and sneakers on.

“I used shoe glue to cover the holes in mine,” he wrote.

In the late 1990s, after the failure of his own pilot called “NightMan”, Kerbeck’s acting career sank but espionage activity soared. Between 2002 and 2008, he claims, it went from $204,000 a year to more than $2 million. Then the stock market crashed and the bottom fell from his spy game.

When money was tight, one of Kerbeck’s executive recruiting clients offered him an offer that sounded too good to be true: he would buy out the wily company and hire Kerbeck as a headhunter, which he considered a more legitimate profession.

However, Kerbeck said, “I went from being a trickster to a trickster. They promised to reimburse me for the office rent, which they never did. They abused my bonus, didn’t buy the company and stole my best employee.

Kerbeck left and eventually turned to writing and day-trading but, he added, “Corporate espionage still works…it’s dirty, alive and well.”