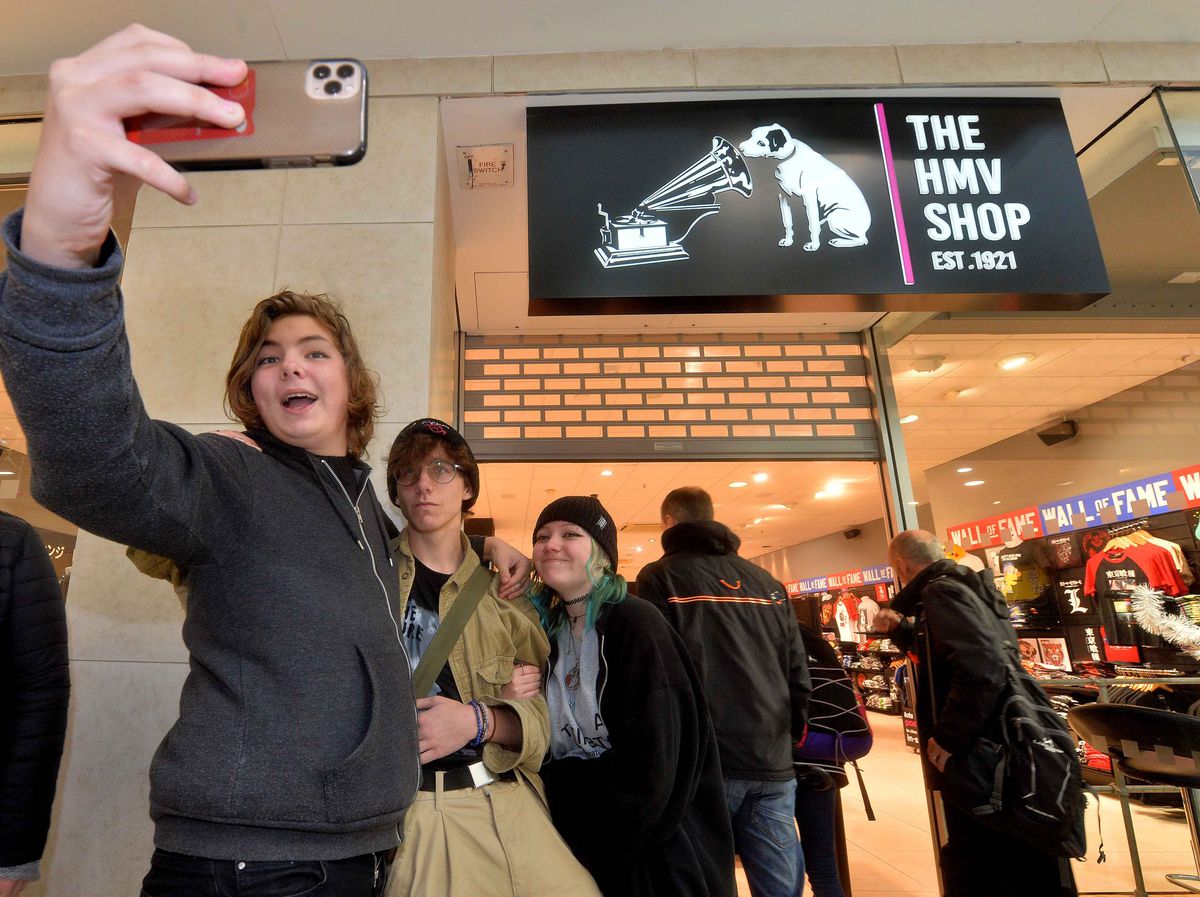 At the start of the queue to enter the store at 9am on Wednesday were partners Leigh Morgan and Abi Cank who drove into town from Cross Houses at 5.30am and walked through the first gates of the Darwin Center at 8 o’clock in the morning.

“It’s great to see HMV back in Shrewsbury,” said Leigh, 21, who is a big fan of pop culture and was keen to add to her collection of more than 130 pop vinyl statues.

“It’s the equivalent of the size of the Telford store and I love it because it’s more of what you won’t find in regular stores.”

Abi, also 21, said: “I love it here because it’s like the Tardis, bigger on the inside than it looks on the outside! We’re HMV fans and we had been traveling to Telford since the store closed here in 2020.”

“There are a lot of weird and wonderful things here,” she added, carrying a bag of mystery gifts.

Leigh and Abi planned to browse the store for a few hours before deciding to stay in town for the Christmas lights.

Talented superhero film buff and artist Ben Chipchase, 25, of Shrewsbury, was so pleased with HMV’s return to the county town that he painted a picture of the company’s listening dog logo and l handed over to staff.

“I love movies,” Ben said. “I’m a big fan of superhero movies and used to shop at HMV at Pride Hill before it closed.”

Ben volunteers at the Salvation Army Charity Shop in Harlescott where some of his work has been sold for the charity.

Among his likes are Bruce Springsteen and The Smiths, and he is a passionate believer in physical music in the form of CDs and vinyl records instead of downloads.

“Musicians make a very small amount of money from streaming, which I think is unethical. I know musicians and they need to make a living and be properly paid for their work,” he said. .

Shrewsbury students and music fans Morwenna Burn, 17, and Amy Morgan, 16, arrived in Welshpool town early just to check out the new store before heading off to college.

They buy vinyl records and are both delighted to see the store return.

“It feels different and goes back to how it used to be,” Morwenna said.

Amy, a metal music fan, said: “I was happy to see the store open again.”

The store is run by Stef Kozakiewicz, who left the Telford store and roamed the store talking to customers.

Mr Morgan said that although the HMV store in the Pride Hill shopping center closed in 2020 due to redevelopment plans, the business never wanted to leave Shrewsbury.

“We were delighted to find this place near the Pride Hill entrance to the Darwin Centre. Shrewsbury was never a town we didn’t want to trade in,” he added.

While music and movies are still a core part of the business, the store sells a lot of pop culture items and is very different from the type of store the oldtimers among us might remember.

“It’s a happy coincidence for us that we’ve found this other market,” Morgan said.

HMV is also bringing live music to the store on Saturdays, where artists can get more exposure for their social media.

On the first Saturday, Birmingham-based MC and recording artist Natty D will do a half-hour set starting at 2pm.

Other Saturday slots fill up quickly as Christmas approaches and then New Years.