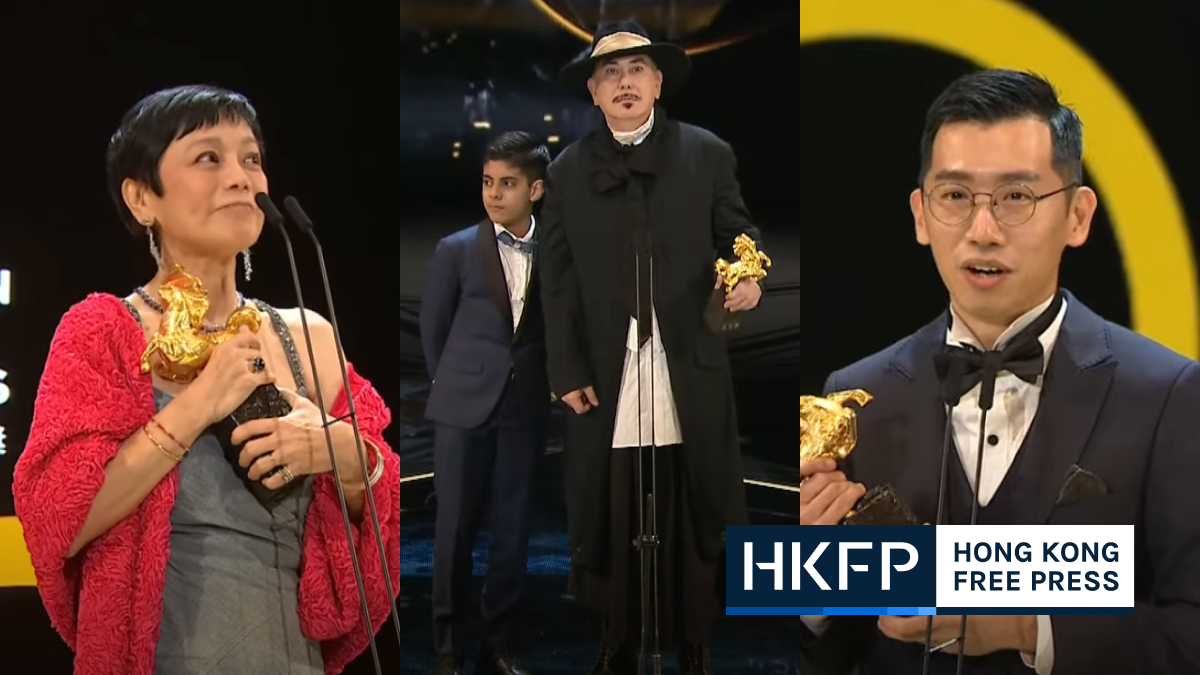 Dubbed the Oscars in the Chinese language, it was the fourth year that the Taiwanese event was boycotted by Beijing. Seven Hong Kong films were nominated for awards, but a number of the city’s runners-up filmmakers and actors were absent from the event, including best director named Cheang Pou-soi.

Cheang’s crime thriller Limbo – which was nominated for 14 awards – won in the categories of Best Cinematography, Adapted Screenplay, Visual Effects and Art Direction. He won the most awards of the night.

Among those who starred in Limbo, only Mason Lee, a Taiwanese-American actor and son of Oscar-winning director Ang Lee, was present.

In a September letter, the Hong Kong Film Industry Association urged its members to “think twice” before joining the “politicized” Golden Horse event.

Most mainstream Chinese and Hong Kong movie stars shunned the event after a Taiwanese director voiced his support for the island’s independence at the awards show in 2018.

Three other Hong Kong titles scooped awards at Saturday’s Golden Horse Awards, including The sunny side of the street with three wins and A light never goes out and The narrow roadwho won one prize each.

Hong Kong veteran actor Anthony Wong, who was allegedly blacklisted by Beijing for supporting Hong Kong’s umbrella revolution in 2014, won the best actor award for The sunny side of the street – the story of a Hong Kong taxi driver who helped a Pakistani refugee.

Hong Kong actress Sylvia Chang received the Best Actress award for her role as a neon artist’s wife in A light never goes out, making Hong Kong films the biggest winner in the acting category. Wong and Chang both attended the ceremony.

Lam Sum’s The narrow road won in the Best Original Film Score category. The film was Sum’s second feature after May you stay forever youngwhich involved a teenage rescue team searching for a protester who had expressed suicidal thoughts online during the 2019 protests and failed to get approval from film censorship authorities to be screened in Hong Kong .

Taiwanese documentary And still many miles to go before sleeping headed Tsai Tsung-lung triumphed that of Hong Kong blue island in the Best Documentary category. The category was won last year by Hong Kong movie Revolution of our time by director Kiwi Chow.

Best Documentary Short do you want to look at me – about director Huang Shu-li’s journey to come out to his mother – was the only work from mainland China to win an award on Saturday.

Huang, one of the few Chinese filmmakers present, addressed the issue of fear in his acceptance speech: “I believe that love can conquer fear. I hope everyone can persist in filming and facing the world and themselves honestly.