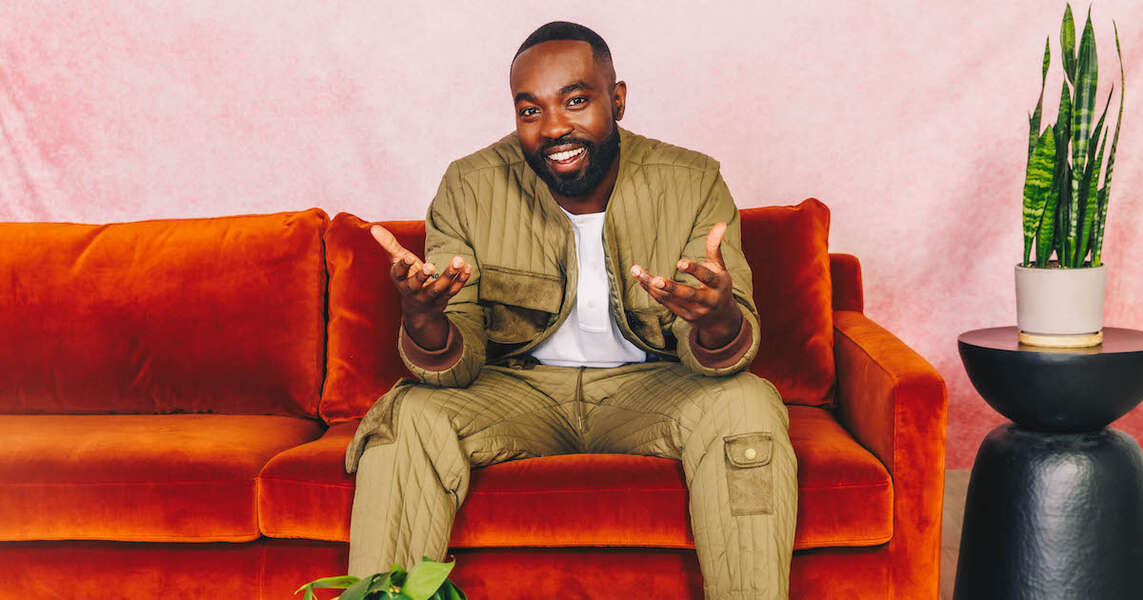 ‘I May Destroy You’ actor Paapa Essiedu is on the rise

“When the show came out, the industry was, for all intents and purposes, shut down,” he recalls. “Nobody was working. It was maybe August or July, and I was doing a lot of zooming with producers, executives, casting directors — people who are involved in setting up projects were like, ‘ “Hey, we can’t do anything, but we can talk.'”

In early 2021, Garland sent him the script for Men— “one of those top-secrets” that “spontaneously ignites” as soon as you finish reading the PDF. The director had seen some of Essiedu’s stage work, which spans several Shakespearean productions (King Lear, Romeo and Juliet, Hamlet) and the brain game of David Hare racing demon, and identified him as the emotionally deprived husband of Jessie Buckley’s protagonist, Harper, an even-keeled townsman who retreats to the English countryside for a solo diversion at an estate run by a bewilderingly smiling innkeeper (Rory Kinnear) . Harper is in shock because Essiedu’s James, seen only in flashbacks, threatened to kill himself after filing for divorce, unfairly blaming her for his actions. James tells Harper that the only thing he wants is her love; if she can no longer give it to him, what nightmarish turn awaits him?

Essiedu’s role isn’t huge – the film’s narrative focus is on the various men Harper meets during his stay, most of whom are played by an increasingly demented Kinnear – but he demanded literal and figurative nudity. . His scenes are snippets of a long, volatile argument, the worst day in Harper and James’ relationship. Buckley and Essiedu spent two weeks rehearsing together, which included in-depth discussions about the couple’s history. The last time we see him, during MenThe bizarre final act of, it’s naked, covered in goo (you’ll see why) made from a mixture of mashed bananas, honey, and red dye that took about six hours to apply.

A closer look at the life, career and lifestyle of an American actor in 2022!!

Gun to Borgen: The seven best shows to stream this week | Television & radio