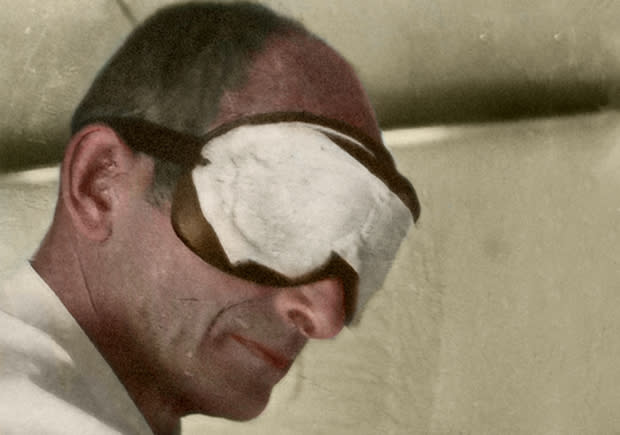 Produced by Israel’s leading company Tadmor Entertainment and Steve Stark’s Toluca Pictures, “The Devil Speaks – Eichmann’s Lost Confession” will have its world premiere on the opening night of Docaviv, the Tel Aviv-based documentary film festival, for mark the 60th anniversary of the Eichmann trial.

Yariv Mozer, a well-respected investigative documentary maker whose credits include “Ben-Gurion, Epilogue,” was able to track down the original recording reels that had been mysteriously missing for several decades. In the interview, Eichmann speaks candidly about his operational role during the Holocaust, contradicting claims he made during his trial that he was just a bureaucrat carrying out orders. The documentary also sheds light on the hidden motives that acted to cover up these recordings.

KAN, Israel’s public broadcasting company, will premiere the series locally, while MGM will handle global distribution of the documentary.

“The Devil Speaks – Eichmann’s Lost Confession” is one of 13 documentaries in competition at Docaviv, Ran Tal’s Berlin title “1341 Frames of Love and War” about famed Israeli war photographer Micha Bar-Am; and “H2: The Occupation Lab” by Idit Avrahami and Noam Sheizaf which is set in Hebron and fuels the entire Israeli-Palestinian conflict. The 24th edition of Docaviv will take place on May 26 and June 5.

The best of variety