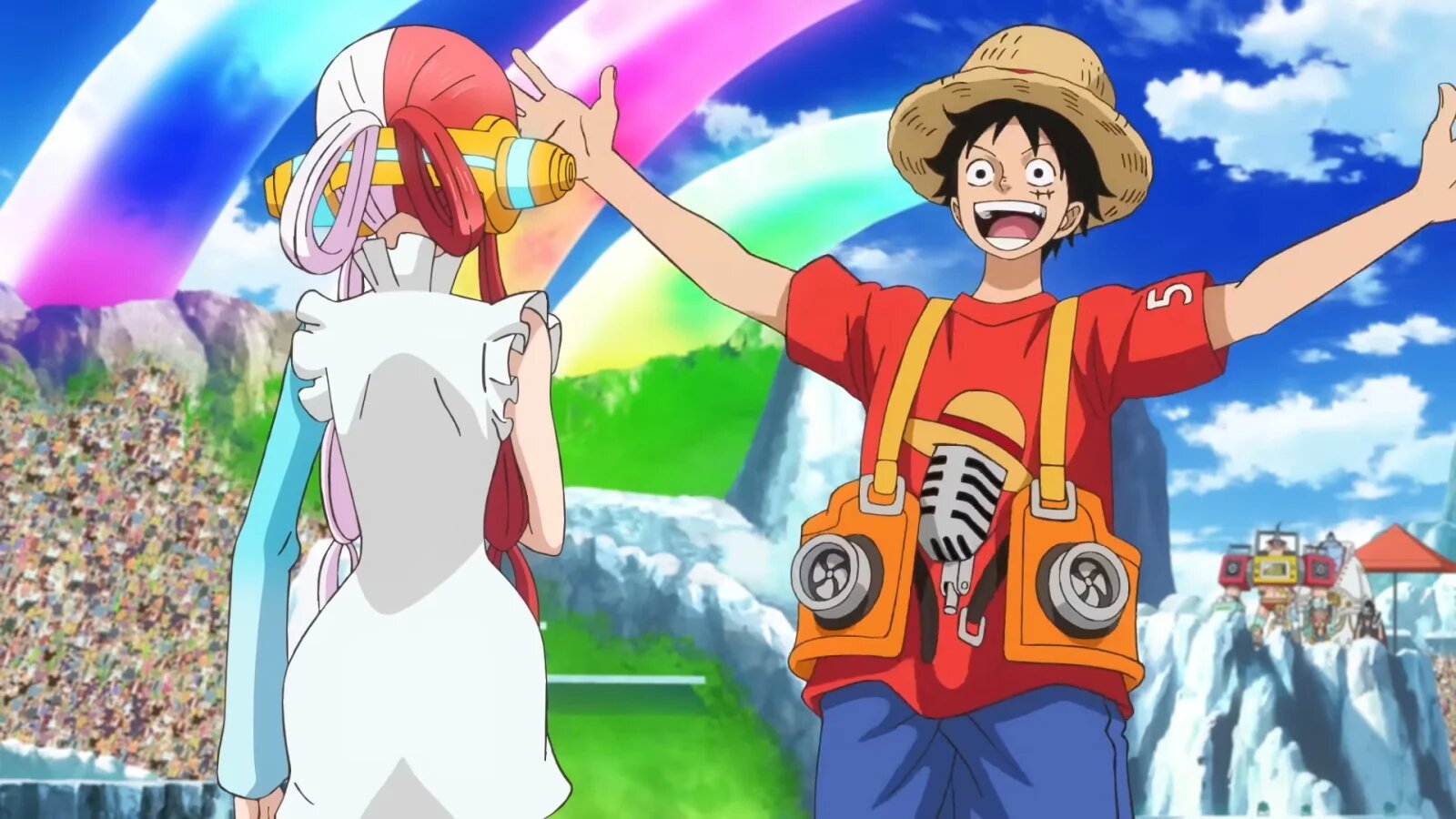 One Piece Film: Red is an enjoyable side-show to one of the older animes, and it could easily be classified as a musical.

One Piece has led to many successful TV episodes and movies. Eiichiro Oda’s ongoing manga, which follows the seafaring adventures of the superpowered Monkey D. Luffy as he tries to become the Pirate King, has long since become a 24-year-old epic tale, featuring several well-known characters. -loved. The anime is equally influential, having started in 1999, and still going strong over 1,000 episodes later. There’s even a live-action anime adaptation coming to Netflix soon.

Now a new movie has arrived worldwide, having been released in Japan for several weeks, and topping the box office there. The film, which follows Luffy as he visits Uta, the daughter of his pirate idol Shanks, managed to take One Piece fans by storm.

The film is broadly inconsequential to One Piece’s expansive story, but it’s still a strong separate story in its own right. But first, WARNING: One Piece Film: Red Spoilers Ahead…

One Piece focuses on one character

One Piece Film: Red faces the same problem as many anime films, in that it has to tell its own story separately from the central anime. This means that the events of the film will likely have little effect on the actual overall story.

It also means we get to see a ton of our fan-favorite characters, all of whom have hilarious little moments, but they’re just that: moments. Following the usual animated film formula, a new character is introduced, who is usually the daughter of someone important, and the film follows their arc and their temporary bond with the main protagonist of the series.

Luckily, this character manages to be a lot more entertaining to watch than most new animated movie additions, because she’s actually the movie’s villain. Uta, a pirate-turned-singer, is a fun character with fascinating connections and motivations to watch. Her villainy is actually a pretty effective twist, as it’s revealed that she intends to trap everyone in a dreamlike state in order to avoid the conflict of a pirate-infested world.

And while the musical numbers arguably overstay their welcome – if you’re not a fan of musicals, you might hate this movie – her voice actor is a very good singer, and she definitely gives you energy during the film’s opening and fight scenes. The story goes a little overboard on its importance, but hey, it’s a classic trope of many animated movies.

There aren’t as many Shanks in the film, unfortunately, as you might think, but his relationship with Uta is certainly fascinating to watch, and it brings more humanity to the wise red-haired pirate figure.

Pirates know how to fight

When Shanks shows up, it’s for a very impressive fight scene. All of the fights in this film are great, as they have the perfect blend of humor, stakes, and stellar animation – although sometimes the use of CGI seems rather unnecessary.

The film takes full advantage of the settings and powers the film allows for, giving different stakes to different characters and realities. The fights are also steeped in inner conflict, as we watch Uta and Luffy tear each other apart for their goals – watching Luffy’s hat also tear apart is actually one of the film’s most tense scenes – making it a very cathartic conclusion to all the fights at the end of the film.

All in all, it’s definitely one of the best animated movies we’ve seen lately. While that probably has little effect on the show’s plot, it’s a gripping story in its own right, and provides just enough humor and spectacle to make for a fun night at the movies.

One Piece Film: Red is currently available in select theaters.