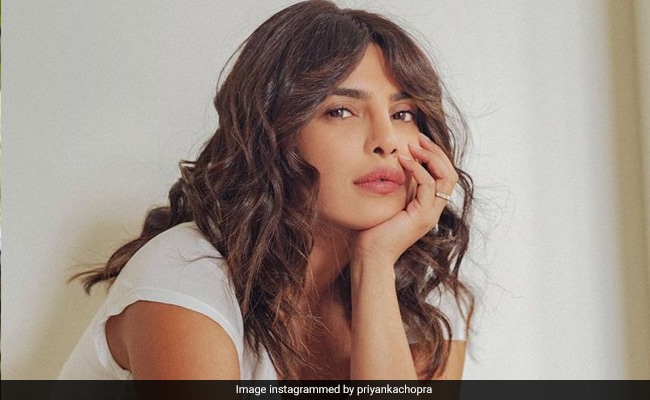 Priyanka Chopra isn’t impressed with American actress Rosie O’Donnell’s non-apology (and neither are we). In a note she shared on her Instagram Stories, Priyanka suggested a Google search before making what she described as “a public apology for a very awkward private encounter.” Story – Rosie O’Donnell went to see Priyanka, whom she didn’t know, and Nick Jonas, whom she knew, at a restaurant and proceeded to embarrass herself by telling Priyanka she knew her father, turns out, Rosie O’Donnell thought Priyanka was the daughter of author Deepak Chopra. She later posted two cringe-worthy video apologies, compounding her sins by referring to Priyanka as “someone Chopra” and “Chopra’s wife.”

In her Instagram note, Priyanka Chopra got candid about ignoring Rosie O’Donnell, whom she did not name. . “Hi everyone. A few thoughts.. I never took myself seriously to think that anyone would know who I am, or my work for that matter. But if you wanted to publicly apologize for a very awkward private encounter , I probably think it’s best to take the time to google my name before doing this or even try to contact me directly,” Priyanka wrote.

“We ALL deserve to be respected for our unique individuality and not to be called ‘somebody’ or ‘wife’, especially in a sincere apology. If we can learn to respect our differences authentically, the world in which we are raising our children, will be amazing,” concluded Priyanka Chopra. 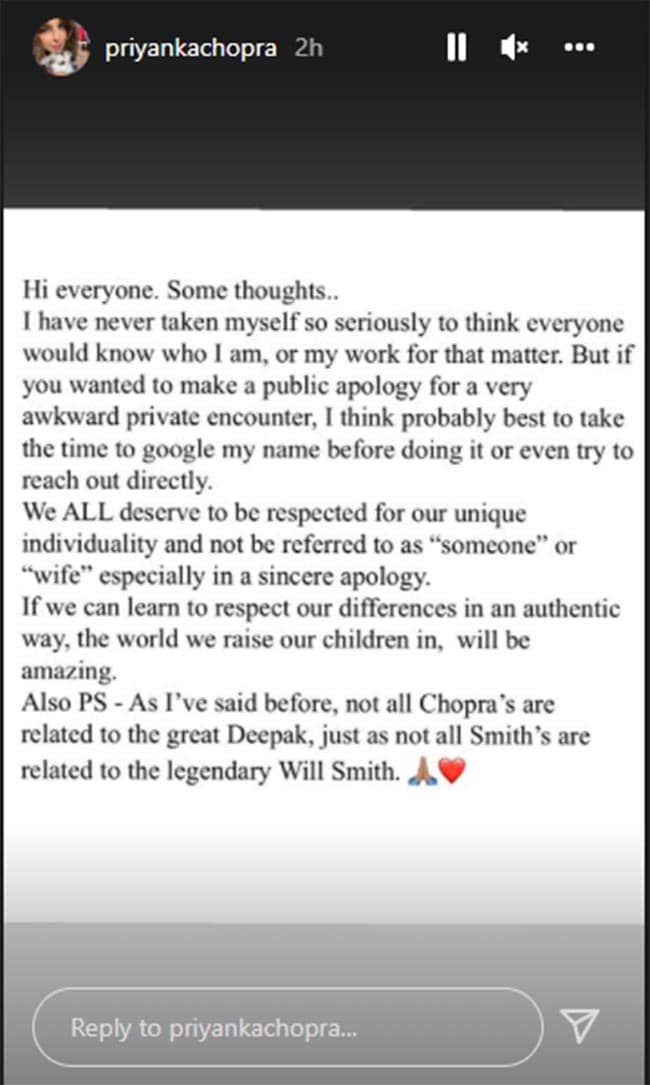 In the videos she shared on Instagram this week, Rosie O’Donnell recounted being told by Priyanka at the restaurant that Chopra is a common Indian surname and that Deepak Chopra is not her father. In the second video, shared after comments about the first suggestion that Priyanka had been rude, Rosie O’Donnell said: People thought she was rude but she wasn’t, it was just embarrassing. She’s apparently a very well-known actress and more famous than he (Nick) said. So I’m sure it seemed weird to him at first. Anyway, Priyanka is her name. And I just want to apologize to her and anyone who thought it was inappropriate of me.”

She didn’t apologize for making a dismissive reference to Priyanka, who played a major role in the fourth Matrix movie last year, such as “someone Chopra” and “the Chopra woman”.

People seem to do it constantly for Priyanka Chopra, a superstar and a massively successful actor and entrepreneur. Last December, she schooled the Daily Mail which described her as ‘the wife of Nick Jonas’. Earlier last year she shredded an Australian reporter who questioned why Priyanka was able to announce the Oscar nominations. “I’d love to hear your thoughts on what qualifies someone. Here are my 60+ movie references for your expert consideration,” Priyanka tweeted, enclosing a rundown of her many movie credits.

Would love your thoughts on what qualifies someone. Here are my 60+ movie references for your wise consideration @mrpfordhttps://t.co/8TY2sw1dKbpic.twitter.com/T8DnQbtXZG

The cup ran after Priyanka Chopra and Nick Jonas’ wedding in 2018 – in it, Priyanka was called a ‘global scammer’ and suggested Nick had been drawn into a ‘fraudulent relationship against his will’. The article was taken down after being roughed up and the journalist who wrote it apologized. Priyanka was also mistaken for Yukta Mookhey – both Miss World pageant winners – by an American network.

Priyanka Chopra, whose international credits include Quantico, Isn’t It Romantic, Baywatch and those of Netflix The white tiger, recently welcomed a baby girl with Nick Jonas. She has several projects on the schedule, including the series directed by Russo Brothers Citadel.