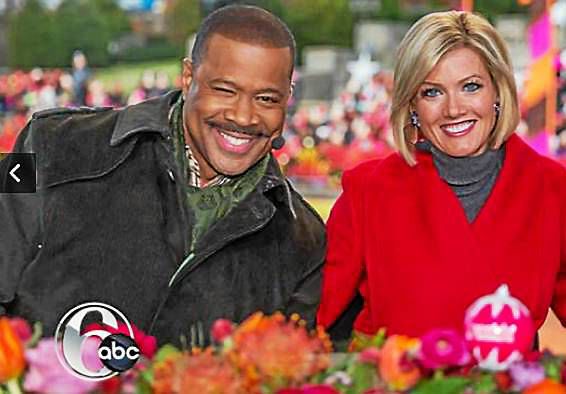 Channel 6 made two moves last week that surprised me, not unpleasantly.

One of them, the nomination of veteran anchor Rick Williams, to fill the 11 p.m. anchor position vacated after almost 45 years by Jim Gardner, further stunned by a miscalculation in my analysis of how 6 ABC could replace Gardner only by the station’s decision.

The other, the hiring of one-time local talent, Jillian Mele, most recently at Fox News Channel, broke, again by my reckoning, a habit established by Channel 6 before Gardner spoke into his first mic there -low. In my recollection, and this goes back to the beginning of “Action News”, Channel 6 never employed anyone, for on-air service anyway, who worked at a rival Philadelphia television station.

People – Steve Levy, Marc Howard, Dave Frankel – left Channel 6 for local pastures they hoped would find greener – but Channel 6 never welcomed a stray that had been linked to a competitor.

Rick Williams is a plausible and logical choice for Gardner’s successor.

The reason Channel 6 does not import top players from other stations is that it recruits young talent, grooms them in its style, which is different from other stations, and promotes them from within. Many people who have considered moving to other markets or national berths have remained with Channel 6 because of the station’s loyalty and its ability to give them a prominent position in a television station which may have more viewers than national broadcasts.

Rick Williams was ready for his turn. He has worked at Channel 6 since 1988, has performed important anchor assignments on midday and early evening shows and has built up a solid following.

His main competitors for Gardner’s 11 p.m. spot were Matt O’Donnell, who came to Channel 6 in 1996 and spent most of his time there as an early morning newscaster, and Brian Taff, who came to WPVI-TV in 2009 and is a presenter of the 4pm show and 10pm newscast, Channel 6 presents on and for Channel 17.

During his tenure at Channel 6, Williams established himself as a strong anchor while breaking some Channel 6 moulds. For example, his distinctive way of speaking when most at Channel 6 use more conversational tones and her wardrobe, which is hands and feet above the quality and craftsmanship of anyone else on the market, at Channel 6 or otherwise.

He’s the logical choice due to his longevity, as he paid his dues with several anchor roles while Gardner chaired Channel 6’s prime time shows at 6pm and 11pm (the question for the rest of this year is whether Williams gets the 6 p.m. anchor job when Gardner retires fully in December.)

For me, he was not the obvious choice. I appreciate Williams’ ability and have found him affable the few times we’ve met, but he’s never struck me as someone who puts the news and the stories it presents above all else. a desire to be a television personality. Of the three who could have taken Gardner’s place, Williams seems the farthest from the news.

This does not necessarily diminish his skills as an anchor. His voice and presentation style are the most distinctive on the market. He definitely has a connection to his audience, something Channel 6 would have studied extensively before granting him the all-important 11pm show. The affability I mentioned carries over to his on-air persona.

He may, I believe, be the right person at a time when local news is less like a journalistic effort and more like a general information broadcast.

The 11pm job is now his, and I imagine he’ll retain Gardner’s viewership and keep Channel 6 in a strong position to dominate the local ratings. Channel 6 viewers barely need to get used to Rick. He has been delivering news to them for 34 years and often replaced Gardner at ages 6 and 11.

The biggest surprise was the hiring of Mele, who was recently the subject of a news report saying she wanted to leave Fox to be closer to her family in Philadelphia and have a more standard life.

Mele’s first major job was as a sports reporter for Channel 10. When the station decided to forgo a home-based sports department to import stories from Comcast Sports, she went to the former CN8 (now NBC Sports Philadelphia ) being one of four hosts of a morning show called “Breakfast on Broad”.

Until recently, she was one of the hosts of Fox News Channel’s national morning show, “Fox & Friends.”

Mele is a versatile broadcaster and can fill multiple roles, Channel 6’s sports department looks solid with Ducis Rodgers, Jamie Apody and Jeff Skversky, but Mele can be all of a presenter, perhaps taking on the roles that Rick Williams is giving up as he becomes the principal of 6 ABC. face, to a general assignment reporter or even a feature reporter or interview segment host.

The fit, in Channel 6 terms, is different from the station’s history, but it makes sense.

Jim Gardner’s farewell speech at the end of Channel 6’s 11pm newscast last Tuesday was an exact capsule of what has made Jim so great and welcome for almost 44 years.

His tenure as Channel 6’s main presenter spanned from May 11, 1977, as Jim noted, to January 11, 2022. All the while he did his job with dignity, wit, a touch of self-effacement and, above all, of everything, an emphasis on the newscast at hand and the stories told and not on himself.

That ease, lack of vanity, and lack of ego showed in Jim’s latest signing at 11 p.m. Above all, he talked about the great opportunity he had to bring news from some 16,000 shows to his audience, how much he trusted and was guided by Channel 6’s intention to deliver a news program of high quality that prepared the viewer for his or her day, and how lucky he was to be surrounded by so many exceptional professionals.

Jim has had the grace to mention names the average viewer never hears, even though they’re the people who’ve floated “Action News” into the number one chart position since 1977. Yes, Jim Gardner’s freshman year at anchor desk.

Of his colleagues, he mentioned two who were with him early on as “Action News” bolstered his identity and popularity – retired weatherman Dave Roberts and late athletic director Gary Papa.

Jim’s farewell was well written, beautifully presented and, you could tell, heartfelt.

He didn’t mention his own greatness or his talent for running an amiable and informative show, but one was always confident to hear a story from Jim Gardner. His intelligence, his sense of topicality, have always shone through his communication skills, those which gave the impression that he was speaking directly to you.

We don’t have to miss Jim just yet. He takes his nights to be with his family and live a more communal existence than someone who has no personal time from 3 p.m. to 11:30 p.m. He continues to be at the 6 ABC anchor office at 6 p.m. until 2022.

At the end of Jim’s farewell speech, his colleagues Cecily Tynan and Jamie Apody gave him a helping hand which I think represented the feelings of Jim’s viewers.
His successor, Rick Williams, came to join in the applause but made an inconsiderate gesture as he waved Jim off the anchor chair that the following night would be his. Williams’ first night as an official 11 p.m. presenter, he hoped Jim was “sleeping well”.

I have to be careful of that inappropriate humor, Rick. It seemed more misjudged, particularly in terms of viewers’ attitudes towards Jim, than funny.

Meanwhile, Jim Gardner made his first of two scheduled outings this year with all the class, wisdom and friendliness that make him one of the most important and beloved figures in all of television history. of Philadelphia.

Too many deaths on television already in 2022

The start of 2022 has been a cruel one for TV favorites of yesteryear.

After the death of Betty White on Jan. 6 and the passing of Sidney Poitier on Jan. 6, the bad news continues to pour in, among the saddest being the death of the ‘Love That Bob’ and ‘Dobie Gillis’ actor. , Dwayne Hickman, and the “Full House” star. , Philadelphia native and Abington High graduate, Bob Saget.

Saget’s sudden passing was perhaps the hardest to come to terms with.

White and Poitier were 90, Hickman was 87. Saget was 65 and died alone in an Orlando hotel room just after entertaining an audience in a nearby Florida town.

Dwayne Hickman was a television staple. His stints as impressionable teenager Chuck on the Bob Cummings sitcom, and as Dobie Gillis, perpetually in love with his unrequited love for Tuesday Weld’s Thalia Minninger on “The Many Loves of Dobie Gillis,” made loved by fans of these shows and instilled pride in Mr. Hickman’s fans felt it when he became a successful television producer.

Saget was a staple with his starring role in “Full House” and as host of “America’s Funniest Home Videos.” He seemed so young and dynamic that it was hard to imagine he was 65 years old.

Saget was one of those artists who instantly warmed up when he appeared on screen. He seems to have had a lot ahead of him as a performer and householder.

On a local note, one of the most able and dedicated writers on the arts, Steve Cohen, died on January 6 at the age of 87.

Steve, who was one of the students who started WRTI-FM during his days at Temple and spoke regularly about opera and classical music, was heard frequently on WHYY-FM and at one time had a show on this station.

While shows like “Lupin” and “Safe” and “Vera” have sustained me through a busy time on TV that’s also a drought, the show I’ve enjoyed the most over the past few years in ” Ozark”.

Finally, on Friday, “Ozark” returns to Netflix to begin its fourth season.

“Ozark” season four is unique because it features 14 shows that will unfold in two separate seasons of seven shows each. The producers say this is the show’s final season, and to complete the play they love, they needed more than the usual number of episodes. So there are 14 episodes.

The first seven can be broadcast on Friday. The next seven have been completed and are expected to air in early fall.