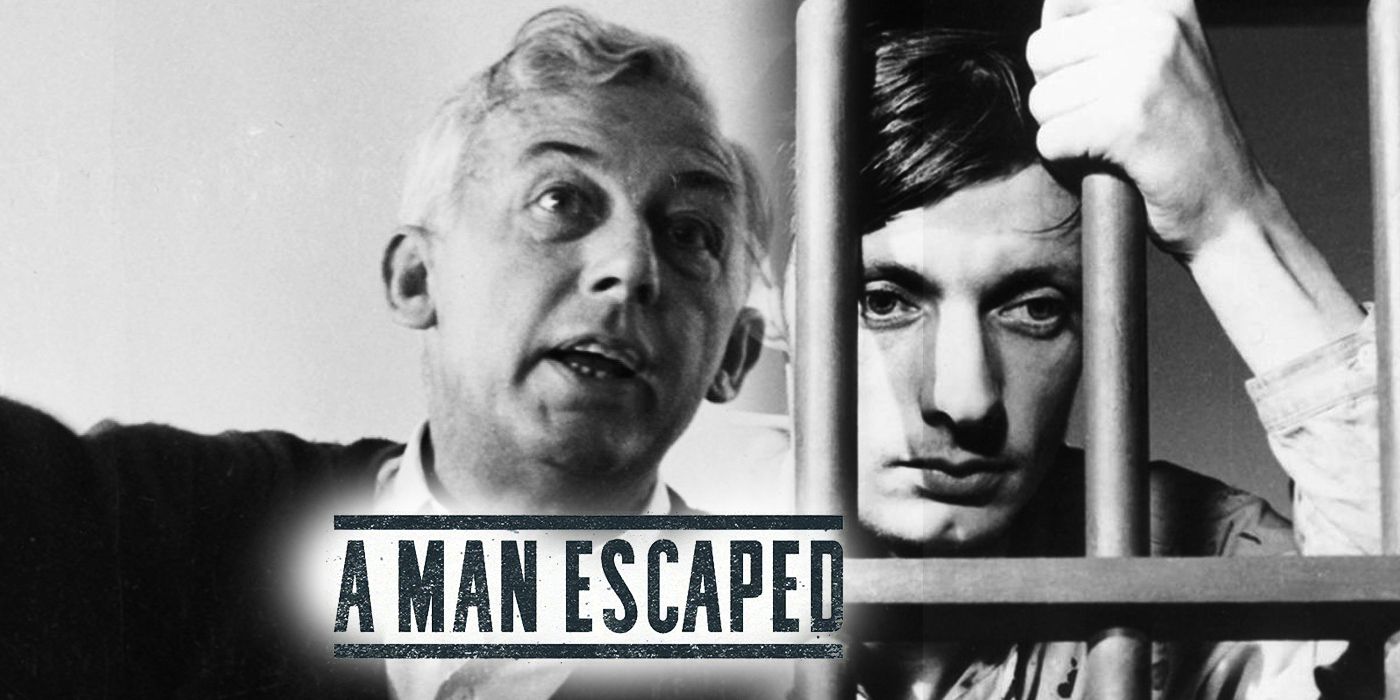 The end of A man escaped is revealed in the title. The film is an escape drama, and yet the viewer knows that entering it “a man has escaped”. If this is any indication, it is the work of a filmmaker with no regard for convention. This filmmaker is Robert Bresson, whose films are so unique that they are often considered unprecedented. He designed his own personal style for his own personal reasons, and the years 1956 A man escaped delves deeper into this style than any of his previous work. Bresson considered himself an ascetic, and he might well have been the father of the minimal film. While Hollywood always seems to strive to show more, the French director has strived to show less. A man escaped is painstakingly thrifty in terms of storytelling, visuals, and acting, but manages to tell a powerful and tense story of the way everything is cut out.

Bresson’s films are so different from standard narrative films because he rejected anything he considered too dependent on other artistic mediums. His goal was to develop a stand-alone version of cinema, without the over-the-top acting of theater, the consciously “pretty” visuals of painting, the heavy plots of literature or the manipulation of a constant musical score. One thing he considered native to cinema was the editing. The ability to cut from one subject to another, to build a flow of meaning and emotion through a carefully chosen flow of images, is really only possible in film. Thus in Bresson’s films, every element except the editing is reduced. No aspect on the screen is allowed to overwhelm the whole, and the power of a work comes only from the interplay of images and sounds, as they are reconstructed in the assembly in general.

So how does this happen in A man escaped? The story itself is very simple, based on a single goal. It follows Fontaine, a Frenchman imprisoned by the Nazis during World War II, as he slowly and methodically plans and stages his escape. It’s not overly dramatized. There are no extreme highs and lows. It is presented as a fact, with an opening title stating that it is based on actual events (namely the escape of a French resistance fighter AndrÃ© Devigny, but also Bresson’s own experiences as a prisoner of war during World War II), and the only dramatic tension is that which naturally arises from the scenes he portrays, without stylistic enhancement. The characters in Bresson’s films have neither psychology nor history. All the viewer knows about them is what can be deduced from their behavior, and Fontaine reveals himself as a deeply determined man, unshakeable by the despair that surrounds him. He is represented by Francois Leterrier, a non-actor who exemplifies Bresson’s approach to playing as well as anyone in his films. Bresson often used non-actors and called them “models”. With a contempt for authoritarian theatricality, the director attempted to suppress all emotion from the faces and voices of his actors. In many cases, it would demand take after take until the actor is too exhausted to deliver anything other than a direct line reading. Fontaine usually glares around his prison cell with little to no expression, and his speech to fellow inmates hums in a monotonous, lifeless tone.

The cinematography of the film, typical of Bresson’s work, is equally flat. He films his subjects live, without stylized lighting. Camera movements are light, and only work to track character actions. There are no grandiose prison plans, nor quick glimpses of the affairs of other inmates. Things remain very intimate with Fontaine’s personal experience, with the film dominated by close-ups of his face and hands, as well as shots from his point of view. Likewise, there is very little music in the film. It serves to set the mood during the opening credits and to bridge the scenes, but never to guide the action itself. The sounds, although minimal, often evoke invisible things. A passing train is heard continuously from Fontaine’s cell, but is not shown once.

All this restraint leads to the story being largely shaped by the editing. Each shot essentially reduces its subject to an abstraction, meaningless in itself, but forged in the essence of the action by juxtaposition with the following shots. This is well illustrated by the opening scene of the film. Fontaine is carried in the back of a police car, when he decides to try to jump out the side door. His choice to flee the vehicle and the inner tension that this arouses are communicated entirely through the cutting. A photo shows his face, staring blankly at the driver of the car. Another shot is his perspective of the driver, who is too distracted by the road ahead to notice anything Fontaine might be doing. A third shot is a close-up of Fontaine’s hand, very gently approaching the handle of his door. These shots do not express anything on their own, and no music or style causes the viewer to superficially feel Fontaine’s tension, but Bresson goes back and forth between the three angles repeatedly until the intentions and character anxiety are apparent. When Fontaine makes his gesture, the attentive spectator fully expects it, having made the right connections from shot to shot to enter the protagonist’s tense headspace. This technique is used throughout the film and helps the viewer in Fontaine’s struggle, if he is willing to take that leap.

The technique has a name: the Kuleshov effect. Invented in the age of silence by Lev Kulechov, it refers to how several images, unpretentious in themselves, can be given a load when they collide with each other during editing. This technique is often applied to assembly theory, but A man escaped does not contain any montage. The montages construct cutout scenes while showing the viewer how to feel what they are seeing through extreme flourishes of music and style. When Bresson uses Kuleshov’s technique detached from any exaggerated stylization, the viewer is not guided through the film by manipulation, but is entrusted with the responsibility of instilling in the images themselves a meaning, as determined by the placement. of each shot in relation to the others. While requiring more of the viewer, it arguably creates something of greater lasting power in Fontaine’s journey to freedom than would otherwise be the case in a traditionally manipulative film. Without being made to feel for him superficially, the viewer must stand up to understand his situation for himself, given only the narrative information needed by the montage. For viewers able to achieve this, the film can reach almost spiritual heights.

A man escaped is a deeply spiritual film, and that serves to explain why Bresson spoils his ending in the title. A subtitle for the film is The wind blows where it wants, and as it might suggest, the film is about predestination. Moments of grace permeate the film, the materials necessary for Fontaine’s escape seeming to fall to his knees by sheer chance. The feeling arises that he was always destined to escape, and as he sometimes sinks into despair, his faith in the idea is questioned alongside that of the audience. The austere style denies any sense of easy security, and the editing, while guiding the audience through abstractions, leaves entirely up to the viewer how to approach the story on an emotional level. Indeed, the shooting puts to the test the faith of the spectator in Fountain to realize the escape. Bresson is often considered the most witty of all filmmakers, and A man escaped, aside from its exhilarating and powerful story, is ultimately a test of faith.

Well, how else could Venom kiss Eddie Brock?

Cameron Olsen has a boundless passion for the art of filmmaking, and loves nothing more than to examine closely the great works of it. He holds a BA in Film from the University of Utah and has directed several short films at international festivals. His belief is that film is the ultimate way to explore human ideas due to his concern for real human faces. His thematic interests include existentialism, psychoanalysis, and ethical dilemmas, while his stylistic interests include surrealism, neorealism, and expressionism. His favorite filmmakers are Ingmar Bergman, Andrei Tarkovsky, Carl Theodor Dreyer and Abbas Kiarostami.