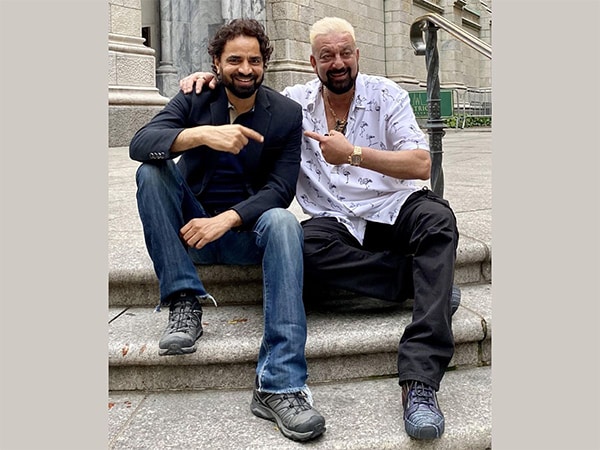 New Delhi [India], Oct 11 (ANI/PNN): When Indian American producer Jay Patel showed his non-commercial Hollywood film ‘I’ll Tell God Everything’ to actor Sanjay Dutt and Paresh Ghelani (Kamali), they were thrilled and amazed that he made such an empowering short single-handedly. In fact, Sanjay Dutt was so moved by the film that he gifted one of his most expensive watches (Patek Philippe) to Jay Patel.

Jay Patel is a filmmaker/entrepreneur who invests in projects close to his heart. One of Jay’s passion projects, along with his brother Paresh Ghelani, is the XPRIZE foundation, which is a world-leading platform for solving big challenges through incentive prizes. Other notable XPRIZE frontmen include Larry Page, Rattan Tata, Peter Diamondis, Robert Weiss, Anoushesh Ansari, and Naveen Jain. They also brought the XPRIZE foundation to India to solve India’s biggest challenges in areas such as health, sanitation, women’s safety, access to clean water, waste management, etc

Besides Sanjay Dutt, actor R Madhavan, in an emotional reaction to the film, called it a “revelation”. He wondered when did we become such horrible beasts after seeing the devastating aftermath of war. Additionally, he called the film a must-watch.

While on the other hand, actor Randeep Hooda praised the non-commercial aspect of the movie and called it a movie that will awaken your soul and leave you in awe. Additionally, he said the film would raise awareness of the unimaginable things that happen to victims of war.

“I’ll Tell God Everything” shows the plight of an innocent child in the war-torn region of Syria and depicts the devastating effects of war in a rather moving way. It sends a message of peace and harmony which is very relevant in the current context.

The film was written by Hollywood writer Katherine King. It was co-produced by Abhishek Dudhaiya – who is also the producer and director of the film “Bhuj – The Pride of India”, starring Ajay Devgan in the lead.

“I’ll Tell God Everything” was screened at several locations across the country in the presence of several senior officials, ambassadors, members of parliament, IAS-IPS officers, actors, etc. For the general public, Jay Patel announced that the film will be free to watch and will be released on YouTube on October 2, 2022. The film has since garnered millions of views.

At the time of this release, Jay Patel requested a United Nations screening of his non-commercial film.

This story was provided by PNN. ANI shall in no way be responsible for the content of this article. (ANI/PNN)

(This story has not been edited by Business Standard staff and is auto-generated from a syndicated feed.)