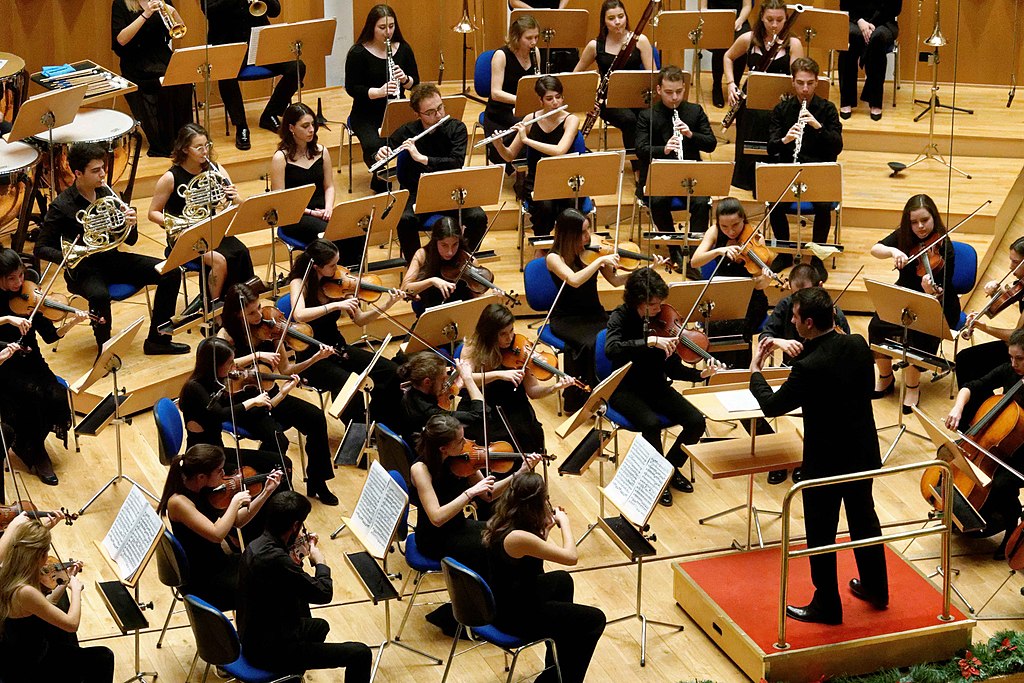 Music is an important but often underestimated aspect of cinema. According to a 2001 article published in the academic journal Musical perceptionresearch has shown that movie soundtracks not only heighten the emotional impact of scenes, but also help us remember them better after leaving the cinema.

For this reason, you’d be hard-pressed to find a Hollywood hit that didn’t come with an instantly recognizable score. People who watch Steven Spielberg Jaws will gradually forget the character names and precise plot structure, but thanks to John Williams’ score, they’ll never forget the melody that plays when you’re about to be attacked by a shark hungry for blood.

But how exactly do you judge the quality of a soundtrack? In an article titled “Narrative Film Music,” Claudia Gorbman, professor of film studies at the University of Washington Tacoma, explains that you can’t rate soundtracks the same way you would a song or composition. , because these forms of music are lived on their own.

A film soundtrack, on the other hand, is just one piece in a larger whole. It works in tandem with other elements, like cinematography, acting, and editing, and should be judged accordingly. “Ultimately”, writes Gorbman, “it is the narrative context, the interrelationships between the music and the rest of the film system, that determines the effectiveness of film music.”

Looking at the interrelationship between film and soundtracks not only helps us better understand the soundtracks themselves, but also the cinematic experience as a whole. Many directors use film music as a language, just another way to convey meaning to their audience. A few are convinced that movies are an extension of their soundtrack, rather than the other way around.

The most basic ways to adapt soundtracks to the narrative of a film come from opera. In this art form, composers used leitmotifs – musical themes that recur throughout the work – to represent characters as they moved through the stories. If two characters were in love, their leitmotifs could combine into one. If any of them went through a drastic change, that too could be reflected in their music.

Leitmotivs don’t need to be connected to people. They can also be related to a place or an abstract thought. Charlie Kaufman’s 2008 film Synecdoche, New York contains a leitmotif linked to the concept of death. The film’s protagonist, a dissatisfied director and chronic hypochondriac by the name of Caden Cotard, is constantly haunted by his own mortality.

The leitmotif, composed by Jon Brion, is played consistently throughout the film as the protagonist hits a low point. The pattern itself – four notes of steadily decreasing pitch that slightly resemble the sound of someone knocking on a door – reinforces the main character’s inability to outrun the thing he most fears.

It’s one thing for a soundtrack to reflect the mood of a film, it’s another thing to also reflect the story. The protagonist of Synecdoche, New York experiences several mental breakdowns and Brion represents them with a variety of instruments. Each is played with increasing frequency and without rhythm, reflecting the cumulative anxieties of the protagonists.

Another excellent example of a soundtrack that reflects the plot of the film can be found in the film Goodbye lin! Released in 2005 and directed by German director Wolfgang Becker, the film tells the story of a rebellious Berlin teenager, named Alex Kerner, who is forced to care for his sick socialist mother after the fall of the Berlin Wall in 1989.

Throughout the film, the teenager constantly oscillates between two different worlds: the outside world and the world that exists inside his mother’s room. One represents the future, the other the past. One has capitalism, the other socialism. One has Pepsi and Burger King, the other has rundown apartments and pictures of Stalin.

The differences between these worlds are reflected in the film’s music, written by Yann Tiersen. The sounds of modern Berlin are hectic and energetic, created from a motley group of string and brass instruments that, much like members of a capitalist society, work together in imperfect but productive harmony.

The music that plays when the teenager visits his socialite mother is slow, dark and sentimental. A single instrument – a piano – represents the unified spirit of a communist nation. The tune is sad but also exceptionally beautiful, reflecting the teenager’s complicated relationship with the government he grew up under, the same government his mother worked for.

Few filmmakers have treated their soundtracks with as much care as Andrei Tarkovsky. From his earliest childhood, the Russian filmmaker harbored a deep admiration for the work of Johann Sebastian Bach and incorporated the work of the classical musician throughout his career. The way he did it, however, was quite unique compared to other filmmakers of his time.

As James Doyle, professor of philosophy at Harvard University, stated in an essay, Tarkovsky did not use Bach because he felt the sound would enhance the emotional impact of his scenes. On the contrary, he did so to “exploit the significance of Bach as an extremely important figure in the history of Western culture” and create a “peculiar musical-cinematic effect”.

That last bit might need a bit more explanation. At the very beginning of his film career, Tarkovsky scored his films, like any filmmaker, using orchestral pieces. In his case, these were composed by Vyacheslav Ovchinnikov, best known for writing the music for a big-budget Soviet adaptation of Tolstoy’s novel. War and peace.

Later, explains Florence Scott-Anderton in a column devoted to film soundtracks and published via indie streaming platform MUBI, the director stopped thinking about layered music. at the top of his images and began to look for ways to organically work the sound in the film itself, combining visual and auditory cues to create an overall cinematic rhythm.

“Andrei Tarkovsky felt that music was more acceptable in film when used as a refrain in poetry,” Scott-Anderson wrote in the digital publication MUBI, Notebook, “bringing the spectator back to his first experience of entering the poetic universe of the film; both the material is experienced as new, and yet part of the initial memory.

The more Tarkovsky learned about music, the more experimental his taste became. Ovchinnikov was traded for Edward Artemyev, another Russian composer who specialized not in orchestral but electronic soundtracks. Artemyev’s inorganic and ethereal sounds provided a fitting backdrop for Tarkovsky Solarisa film set on a space station orbiting a psychoactive planet.

However, Tarkovsky’s use of electronic music was not limited to science fiction. The director has repeatedly used mechanically generated soundtracks in films such as stalker and The mirror. In the process, he discovered that there was something about this genre that complemented his own idiosyncratic and poetic style of filmmaking well.

“Instrumental music”, wrote Tarkovsky in his revealing book on the art of cinema, Sculpting in time: reflections on cinema“is artistically so autonomous that it is much more difficult for it to dissolve into the film to the point of becoming an organic part of it (…) electronic music has exactly this ability to be absorbed by sound.”

Even when movies were still silent, theaters sometimes hired live orchestras to play musical numbers that accompanied the tone and action of the movie. These orchestras served a purpose similar to that of today’s composers: to create sounds to reinforce the emotions that are already expressed in the images. And sometimes they did an even better job than the directors.