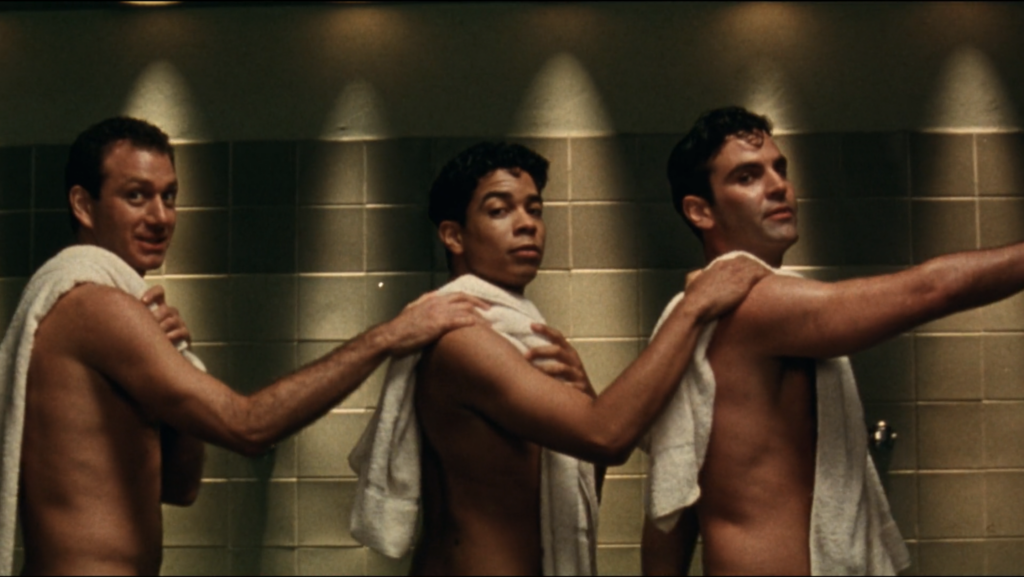 It’s rare that I see a movie that doesn’t look completely like any other movie I’ve ever seen: largely because most movies tap into the vast reservoir of inspiration and visual shorthand created by every movie that puts it there. came before, whether the filmmakers were aware of it or not. So many movies are copies of each other, or color-by-number genre slices, which is why I’m in a constant state of disappointment around them.

The 1993 musical AIDS Zero patience, however, completely breaks the mold, in the best possible way. I don’t often feel seen by the movies I watch (at least, not in a good way) but from the moment I pressed play on John Greyson’s quirky masterpiece, I got felt spoken to, and ever since have recommended this movie to everyone I meet, describing it as “one of the most Henry movies you’ll ever see”.

The premise, admittedly, is extremely henry: in this alternate history, 19th-century explorer and sexologist Richard Burton (not to be confused with the actor) is alive and well after an “altercation” with the Fountain of Youth. Since the early 1900s, he spent his time quietly working in the taxidermy department of a Canadian museum of natural history. In the early 90s, he decided to do an exhibition on the infamous “patient zero”, the flight attendant of legend who was randomly blamed and scapegoated for (wrongly) being labeled as the first person to bring AIDS to North America. We’ve since moved past that founding myth, but in Canada in the early 1990s, not disclosing your HIV status could land you in jail, and “patient zero” was still considered enemy number one by a world desperate to blame AIDS on one sexually promiscuous person.

Burton – who also rose to infamy in the Victorian era for his translations of One Thousand and One Nights and his penis size experiments – finds himself dispassionately interested at first in the story of “Patient Zero”, until until the ghost of “Zero” himself appears. He was suspended somewhere between “existential limbo and the primordial void”, and now, for some reason, he is back on earth, wandering, visiting his old haunts and friends. But they can’t see it. The only person who can perceive it is Richard Burton, who decides to base a new exhibition in the museum around Patient Zero as a kind of “serial killer”. It takes getting to know Zero and starting a romantic relationship with him to change Burton’s mind. But of course, the public still wants to believe that AIDS is some sort of thriller, going back to a single “author”.

The story within the story of a nation struggling to tell the “story” of AIDS can only be appealing. The fact that it’s a musical also pulls things together in a particularly raging way. For a generation of gay people sick of being killed, ignored, and then blamed for their own affliction, it seems like the most natural thing in the world is to craft a musical based on the Scheherezade tale. When the film opens, a child recites the familiar story of the King’s wife condemned to death unless she can provide a story interesting enough to tell her husband that evening. She does and continues to tell stories each night afterward to save his life, and from there, according to the story, comes “1001 Thousand and One Nights”, which Burton translated into English in 1888.

In the next scene, we see Zero the ghost, singing “tell my story/save my life” in a weirdly REM-style pop song. It’s the kind of chaotic mix of influences here that I love the most: the idea that a prudish figure from the 1800s would fall in love with the ghost of an unfairly criminalized French-Canadian flight attendant and end up sing about it in a museum setting where the stuffed animals start to come alive and fuck each other. The African Green Parrot – another AIDS scapegoat blamed for ‘triggering’ the plague – becomes a butch woman begging for a cigarette. She points to the inherent racism in blaming everything on Africa, another “fake” AIDS story.

The fact that much of the action takes place in a museum – the place where our cultural myths and often inaccurate factual beliefs are decided and enshrined for years – is also telling. It’s not just a musical, or an AIDS drama, or even – as in the case of Jeffrey—a comedy about AIDS. It’s an attempt to wrest the AIDS narrative from the straight establishment. It’s a necessary activity both in 1993 and today, since straight people can only think in terms of “victim” and “perpetrator”, good versus bad, clean versus sinner. The film is an attack on binary thinking, on straight filmmaking practices, on anyone who thinks cinema should adhere to some kind of inherent respectability politics.

Zero patience is a film that throws everything at the wall and lets it stick. It doesn’t matter if it’s messy, sometimes confusing, often ridiculous and light-defying on a topic that couldn’t get any heavier. More importantly, he understands time in a specifically weird way. He sees how haunted we are by our own founding myths and misunderstandings. And it puts our lives in conversation with the world of the past. That’s always what I’m looking for: works that reject the whole notion of linear time, distinctions between the living and the dead, and ideas of the past as a fixed, museum-like place, rather than a painting. constantly evolving. attitudes and behaviors. Why mess with art that assumes the past is dead and not in constant conversation with the present?

It also doesn’t hurt that there’s an entire number sung by talking puppets. I told you it was a very Henry movie.

The word “irreverent”, I think, is one of the highest praises there is. Much of filmmaking fails by toeing the line – by being too polite or too scared to stray from a perceived norm. For me, there is nothing more exciting than work that plays with history, that invites and encourages anachronism. For years I tried to write a novel that tries to do everything Zero patience perform without fail. I realized, watching it, that what I really wanted to do was make a book that was actually a musical, or make a movie that was secretly a book. I want to pervert shapes and combine things that shouldn’t make sense together, and that’s part of why it’s so hard to work on this thing that I know will never really be finished. But isn’t that the point of making art? Trying to do what you’ve been told is “impossible?” Trying to do something that’s too weird, too unsightly, too in-your-face to be marketable?

Maybe. That’s part of the problem: I don’t know. I’m too entangled in the market. Maybe I don’t have the balls to keep my job as weird as I would like, since I already feel pretty alienated and know I have to sell something eventually, even though basically I don’t believe I have anything to give away that can easily be sold. It’s Pride season right now, something I’ve always had a difficult relationship with. Sometimes I feel like Pride is what straight people actually want from us, despite it being discussed in our story as a seminal riot. It was, but it is not anymore. If you’ve lived long enough to hear the name “Marsha P. Johnson” uttered by a straight boy on TikTok to explain why he’s wearing nail polish, well, you may have lived too long. Maybe being gay was always meant to be a fucking ass thing, and the minute it became less than subversive, so did our collective identity as queer people. Now everyone is writing novels, memoirs and teen TV shows about how wonderful it is to be gay and I have to ask myself: why is my job and my life so miserable?

These are the things I think about daily. But then when I’m about to try and change everything I am for a shot at safety and comfort, I see something like this, and I remember how it feels to something really obtain you. The loneliness does not disappear completely, but it softens a little.

I remember that we can’t accept to be ordinary, to be celebrated by the banks or to be hated by the politicians. We must continue to be strangely defiant in the face of a society that wants us castrated or killed.

Movies like this do that and then get forgotten. But fortunately, the history of a film is never finished, not really. They can be rediscovered, resuscitated, renewed for an audience finally ready to hear what they have to say. Yes, even when it’s hard to hear.

Zero patience airs on Criterion Channel as part of its Pride spotlight.