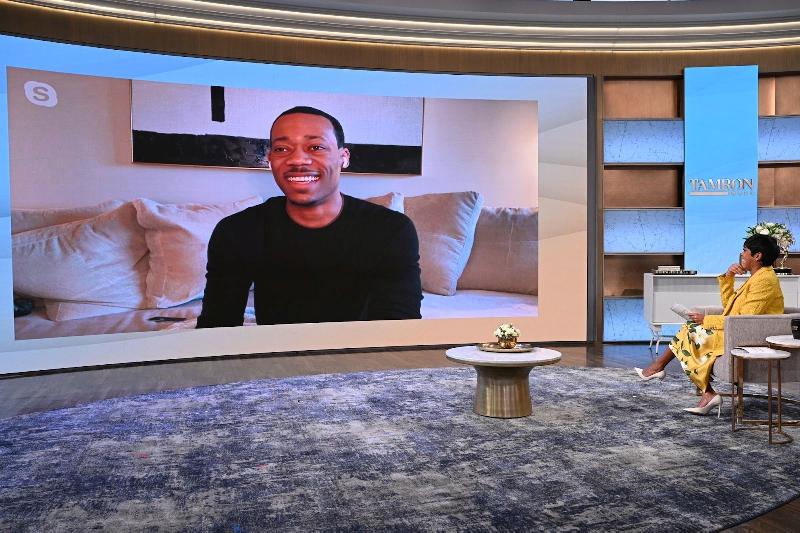 Williams on being seen in a new light after starting her career as a child star:
“It’s a blessing that people are growing up with me. We are all adults now. You know, people who watched me when I was a teenager and in high school, now watch me play a teacher as they drop their kids off at school. He continued, “It’s a new space for me, you know, I’m getting used to it. I always try to keep my head down and get the job done. But I definitely get people trying to emulate the Janelle James character and it’s, you know, there’s no life human. I will have to adapt.

Williams on how his parents encouraged him to pursue his acting dreams:
“A lot of it is just you know, how I was raised. I think my parents, you know, they dropped me off at school every day, saying ‘you can be whatever you want to be, but whatever it is, be the best and never stop trying to be the best at it.’ So for me, when I hit, you know, kind of a milestone, like, you know, at 12, 13, having a network hit. Then I have to move on. I have to keep going. I can’t never sit back and become complacent. And I want to do the art service. You know, I think I’m lucky to be in the position that I’m in. If I don’t keep going further and you know, creating great stories for people to watch and deepening my art, so I get lazy and I can’t do that.

Parker on how she felt left out of the fashion world because of her height:
“So when I started doing E! red carpets, they really wanted me for my commentary on real-life things, for television, just like the reality of the carpet. It wasn’t for the expertise of fashion. So I had to make these rugs and get dressed and… my counterparts were size zero, size two. So they could find sample sizes, they’d have designers send them clothes. And my stylist and I were really struggling to get anything off the rack that was up to par with my counterparts so we reached out to designers who were supposed to dress more but they were really only interested in dressing more stars who were super A-list. She continued, “And that really turned me off because like everything, I mostly want to be a black woman, there’s a lot of things in the world that we feel like aren’t for us. And if it’s not for us, we don’t spend our money on it. I was against it. I was anti-fashion for so long because I felt so unwanted.

Parker explains how she got her start in broadcast journalism:
“So I graduated college at a normal age and moved to New York. I thought I was going to be a VJ. I was working at Barnes and Noble, kid, they didn’t want me. And I came home to California with my dick between my legs and got a job just to make a living and a year was supposed to be a year of savings to move to Los Angeles to start my career a an turned into a three, turned into a four, crying every day I was literally answering calls and my mom was like ‘girl, what are you doing? Like you don’t have to live that way. And I literally packed my bags and moved to LA and I haven’t looked back. Parker added, “I think for me, when I graduated from college, I was a bit authoritative and arrogant because I think they teach us like what you’re supposed to do. You’re supposed to go to school, you’re supposed to get an education… So I feel like I’ve done all the things on paper that I was supposed to do. So in my mind, I thought I should just get the job done. So when that didn’t happen to me, I had a real revival and humility. So when I came back four years later, I was like, ‘I’m going to take out this trash. I will work those overtime hours. Do you need me to wash your car? What should I do ? And that really helped me get motivated and stay focused. My work ethic was no longer going to be distracted.

Here are the highlights for Tamron Hall for the rest of the week. Please note: the program is subject to change.

Friday, February 18: Tamron delves into the lives of today’s tweens to uncover their likes, dislikes and the issues they face. She tackles questions, like when it comes to social media, how young is it? A candid conversation with tweens and their parents. Plus, an expert shares the tools every parent needs to know to keep their tweens safe online.
source: ferencomm.com