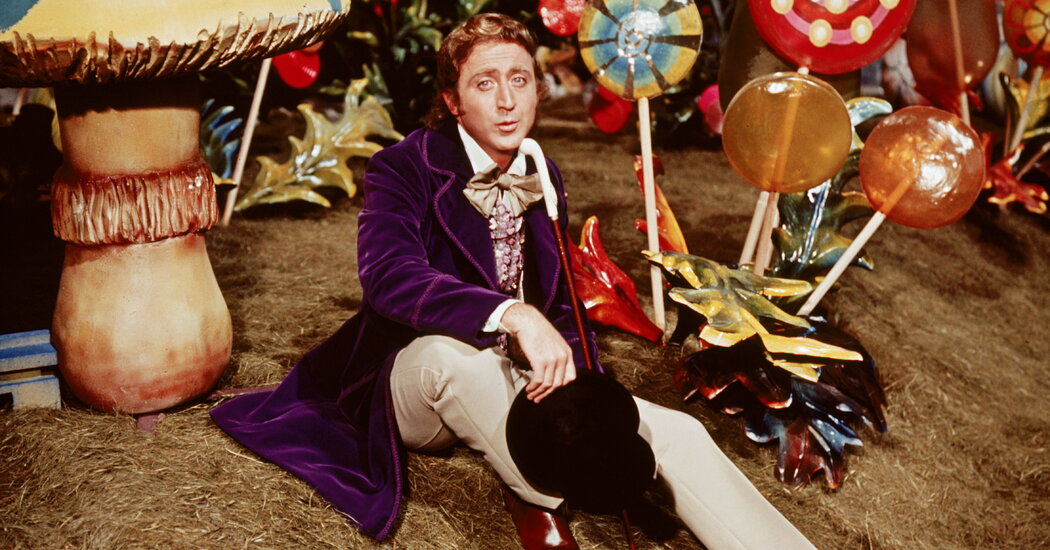 What’s New on TV This Week: Willy Wonka and a “West Side Story” Special

Between network, cable and streaming, the modern television landscape is vast. Here are some of the shows, specials, and movies coming to TV this week, November 29 through December 31. 5. Details and times are subject to change.

WILLY WONKA AND THE CHOCOLATE FACTORY (1971) 7 p.m. on AMC. When Willy Wonka (Gene Wilder) opens the doors of his chocolate factory, an impoverished young boy, Charlie (Peter Ostrum), joins four spoiled children for a wild and mysterious ride. Think of this as your golden ticket, allowing you to step into the world of magical chocolate-covered trinkets and unusually designed candies, where teacups you can sip and grab a bite to grow from the ground, and where nothing. is as it seems – not even the wallpaper.

A CASE TO REMEMBER (1957) 10:15 p.m. on TCM. While on their way to reunite with their respective partners, Nickie Ferrannte (Cary Grant) and Terry McKay (Deborah Kerr) meet, fall passionately in love, and hatch a plot to end up on top of the Empire State Building in six months. . Will it be time to take care of all their day-to-day business and stay in love? Or will their love story, like so many others, also be a heartbreaking story? (One can notice the parallels between this sentimental classic and the 1993 film “Sleepless in Seattle”, starring Tom Hanks and Meg Ryan.)

THE MASK (1994) 8 p.m. Syfy. Stuck in a daily routine of menial tasks, a bank clerk, Stanley Ipkiss (Jim Carrey), is at the end of his rope. Then a mysterious mask appears, giving him the opportunity to transform into a wacky and carefree alter ego. His world is spiraling out of control. Stanley hopes to win a nightclub performer, Tina Carlyle (Cameron Diaz). But as he sinks into the allure of the mask, he risks forgetting who he really is.

IT’S HERE BY MICHAEL JACKSON (2009) 4 p.m. on Showtime. Created from more than a hundred hours of footage, this documentary follows Michael Jackson from April 2009 until his death in June of the same year, while he was rehearsing for a series of shows that had been theatrical. packed at the O2 Arena in London. B-roll footage of behind-the-scenes moments and dress rehearsal recordings capture the creativity and determination in the final months of the superstar’s life, though the documentary, released months after Jackson’s death, eschews them. descriptions of abuse that have become central. to his heritage. In her review for The New York Times, Manohla Dargis called the film “bizarre and watchable, frustrating and entertaining, and unsurprisingly a little morbid.”

KINGDOMS OF SKY: HIMALAYA 10 p.m. on PBS (check local listings). Allow an hour to hike the highest mountain range in the world. Yes, it only takes an hour – if you watch from home, of course. Follow this episode of â€œKingdoms of the Skyâ€ which highlights the wildlife and people of the Himalayan mountain range.

Five films to watch this winter

DIE HARD (1988) 6 p.m. on Syfy. When a New York cop attends a Christmas party in Los Angeles at the exact moment his guests are taken hostage, what happens? He takes matters into his own hands. Bruce Willis stars as John McClane, opposite Alan Rickman as McClane’s rival, Hans Gruber, in this action-packed and ironic film that takes out the bad guys. “The film is largely a special effects carnival filled with machine gun fire, roaring helicopters and an exploding tank,” Caryn James wrote in his review of the film for The Times in 1988. If the first turn is not enough, continue in the evening with DIE HARD 2 (1990), which follows Syfy at 9 p.m.

SOMETHING HAPPENS: WEST SIDE STORY – A SPECIAL 20/20 EDITION 7 p.m. on ABC. Before Steven Spielberg’s film adaptation of “West Side Story” hits theaters on December 10, this prime-time show will revisit the history and making of this musical. Watch interviews with artists who helped shape the show, historians and performers of old and new productions, including Rita Moreno, Chita Rivera, Ansel Elgort, Rachel Zegler and Ariana DeBose, who in Spielberg’s film , has the formidable task of assuming a role once played by Moreno. â€œNot only am I re-doing ‘West Side Story’,â€ DeBose recently told Times Style Magazine, â€œbut I’m putting myself in Rita Moreno’s shoes – and she is loved not only by Latinos but by everyone. industry and music fandom. “